Well, it's that time of the year when everyone is doing their 'best and worst of' lists, so here is mine. I'm going to list the books and movies I read/watched in 2015 and then pick my favourites. This isn't restricted to what was new in 2015, but what I actually watched and read - some of these items might be very old indeed.

That's worked out at 37 books this year, quite a few less than last year but then both the Kafka and the Oates each took me three months to read! Definitely the worst of the bunch was Sherri S Tepper's "Grass" which I couldn't read beyond 60 pages (it's very rare that I don't finish a book). There were several books I found simply 'ok' which I had higher expectations for: "The Encyclopaedia of the Dead" by Danilo Kis being one of those. Special mentions to "The Little Sister" by Raymond Chandler which was wonderfully quotable, "The Front Seat Passenger" by Pascal Garnier (again, a great little crime novel), "Eyepennies" by Mike O'Driscoll, and "Out Stack and other stores" by Gary Couzens for which I wrote the introduction.

As usual, I'm going to base my top three from my Goodreads review. Normally this would be straightforward, but a surprising six titles got 5/5 from me this year: "A Scarcity of Love" by Anna Kavan, "Diva" by Delacorta, "The Music of Chance" by Paul Auster, "Nothing More Than Murder" by Jim Thompson, "The Affirmation" by Christopher Priest, and "Blonde" by Joyce Carol Oates. This makes my decision a little harder. I have a lot of affection for "Diva" as I love the movie adaptation of the same name. The Jim Thompson book is also a perfect crime read. However I think I have to choose books which gave me some additional emotional depth. The Anna Kavan comes close, but I also found it hard-going and irritating despite it's brilliance. For those reasons, here are my top three:

"The Music of Chance" by Paul Auster 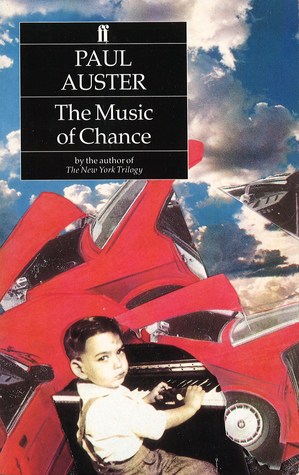 Auster is fast becoming one of my favourite authors (I also read "The Moon Palace" this year which got 4/5 in my review), and this book is a delight. Fast-paced and thoughtful, Auster takes me to places that I love and the twists and turns in this book were a breath-taking delight.


"The Affirmation" by Christopher Priest 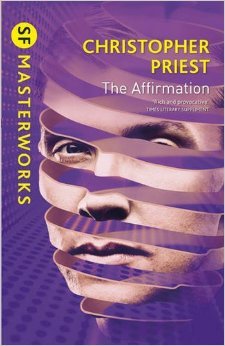 Priest's themes are close to my own preoccupations in fiction: the nature of reality, identity, memory and immortality. The alternate realities in this book intersperse seamlessly and the final sentence is utterly brilliant. I loved it. 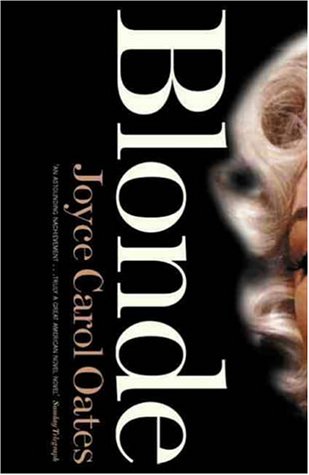 If you spend three months with a book (this is 932 pages) then it's somewhat inevitable you'll have some kind of affair with it. This is a fictionalised biopic of Marilyn Monroe which is a colossus in size, in scope, in adaptation and in emotion. I hadn't a huge interest in Monroe prior to reading this but it has immeasurably altered my perception of her. It's a bittersweet read, a heartache. I couldn't fault it and highly recommend it.

Under The Skin
Eternal Sunshine of the Spotless Mind
The Black Orchid
Jeune and Jolie
The Princess Bride
The Double
Heartbeats
Gravity
Sonata
Ruby
The Way
The Buyers Club
The Life of Pi
Suspicion
Shadow of a Doubt
Circumstance
Grave Encounters
The Abominable Snowman
Apres Mai
The Tingler
The Woman In Black: Angel of Death
Upstream Colour
Blue Is The Warmest Colour
Her
Marina Abramovic The Artist Is Present
Grave Encounters 2
Strangers On A Train
Primer
The Woodsman
Them!
Ha
Mademoiselle
Guardians of the Galaxy
Beavis and Butt-head Do America
The Hide
It’s A Wonderful Life
A Dangerous Method
The Girl Next Door
Evil Dead (remake)
Beneath The Valley Of The Ultra-Vixens
Up!
Nazarin
Les Amants
Thanks For Sharing

Gambling House
Avengers Assemble
The Act Of Killing
Slow Motion
I Saw The Devil
Requiem For A Dream
The Great Beauty
Short Term 12
Chasing Ice
Romeo & Juliet
Gangster Squad
As Above, So Below
Buried
Lucy
The Goob
The Wrong Man
Sex & Drugs & Rock & Roll
Good Vibrations
The Filth and the Fury
Walk The Line
Hitchcock
Jackie Brown
Radio On
This Is Spinal Tap
Elegy
God Help The Girl
The Life Of David Gale
The Imitation Game
The Bat
The Road
Kiss Of Death
2
Cinema Paradiso
The Conjuring
Annabelle
Zodiac
The Most Dangerous Game
On The Road
Children Of Men
Tiger of
Tomb of Love
Antiviral
Ju On: White Ghost/Black Ghost
Fear And Loathing In
Little Children
The Hourglass Sanitorium


Interesting to see the impact having a young child who has started nursery school on movie watching. Last year we only saw 47 movies because she would go to bed too late for us to reasonably start watching something. This year we've seen 116 because she's knackered early! Of course, that makes the choice particularly difficult as there are some great movies in that list.

As usual when picking my top three I'm discounting movies I've previously watched. So that knocks out "The Tingler" which I was glad to see at the cinema on a big screen, "Strangers On A Train", "Vertigo", "Donnie Darko" (which I've seen numerous times), "Primer" and "Children Of Men" which I love. Out of those which remain I watched a large number of appalling horror films ("Ouija" and "The Conjuring" spring to mind), but some of those were enjoyably inventive: I really loved "As Above, So Below" for inverting - literally - horror expectations, and "The House of the Devil" which carried its 1970 horror vibe well. And my favourite horror movie this year has made my top three.

I watched a few SF movies: "Under The Skin" was minimally brilliant and hypnotic, by contrast "Lucy" (also with Scarlett Johansson) was marvellously insane. I loved them both. "Interstellar" was also damn good, but for some reason I can't quite pinpoint has not made my final selection. For non-genre movies I was pleasantly surprised and engrossed by "The Imitation Game". "Jackie Brown", with its fantastic opening titles, has probably become my favourite Tarantino movie but again not quite made the cut. And "Blue Is The Warmest Colour" was devastatingly poignant - the relationship between the two main characters vivid and raw, a honest portrayal of love.

I get the feeling that on another day "Lucy", "Blue Is The Warmest Colour", "Interstellar", "Jackie Brown", and "Under The Skin" might have made the final list, but - today - here are my top three movies seen in 2015.
Again, in reverse order: 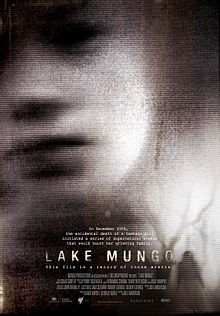 I had heard good things about this supernatural movie but it surpassed all expectations. Subtlety and wrong-footedness are the keys to this picture. Ultimately it's about understanding grief rather than being a shocker, which means the result is both believable and tragic. I loved it's delicate twists, and how looking at the same thing several times yields different interpretations. 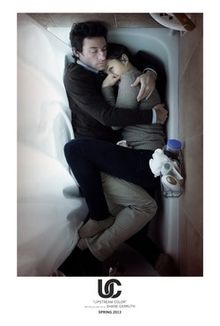 I have little idea what this movie was about and it probably needs a repeat watching. I also saw it almost at the beginning of the year and nearly bypassed it in my roundup because of that. But it has to make my top three because my sole recollection is that throughout the entire movie neither my partner nor myself uttered a single word. It's a perfect slipstream movie.

And the winner is...
"The Great Beauty" - Paolo Sorrentino 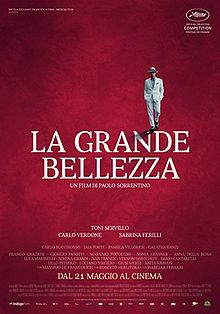 This seemingly simple movie follows aging socialite, Jep Gambardella, as he muses on his life, his first love, and a sense of unfulfillment. He is a writer who subsequently lost his way. Whilst this might not appear particularly interesting on the face of it, the movie is astonishingly directed. Some of the shots and framing are almost unbelievable in their execution and are quite simply breathtaking. It's perfect in each and every way and tantamount to confirming how great movies are also great art. A sumptuous and inspiring feast. Brilliant.

Looking forward to reading and watching more in 2016!
Posted by Andrew Hook at 11:56