The Nomenclature of Fear

My short story, "The Nomenclature of Fear", has recently been published as a chapbook through In Short Publishing. It's a gorgeous little book of which I'm very proud, and as usual I'm blogging a few comments as to how the story was written. There will be spoilers for those who have yet to read it.

All of my stories start with a title, but I can't quite remember where this one came from. What I do know is that I had read an article regarding words in foreign languages which had no easy English equivalent, and that reading down the list I realised there were several words which could be associated with fear. I realised that I could use each of these words to define segments of a short story, and that the story would - in fact - write itself so long as I stuck to that format. However, what I also wanted was something subtle. I hate writing the obvious and so I knew that whilst the story would be about fear it wouldn't be a horror story.  I would delineate a relationship using each of those terms as a stepping stone, and it would be more of a piece examining how aspects of fear define our lives, leading to one of our ultimate fears: loss of a long-loved one through illness.

However, I also wanted to allude to one of the greatest horror movies of all time, "The Blair Witch Project"; which in itself is all about allusion and where what you don't see is more effective than what you do.

I thought my heart would explode. It's a cliché, but like all clichés it's grounded in the truth of expression. There's a word called mamihlapinatapai, a word used by the Fuegians from Tierra del Fuego in the South American peninsular. It's a succinct word which describes the sensation of two people looking at each other, each hoping the other will do what both desire but neither is willing do to.

We were too afraid to lean in for a kiss.

"The Nomenclature of Fear" is available here and very cheaply priced. In Short Publishing have published 18 authors simultaneously and numbered each chapbook accordingly (and randomly). Mine is number 4 in the series.

I wrote the story whilst listening to "Music From Drawing Restraint 9" by Bjork on repeat. 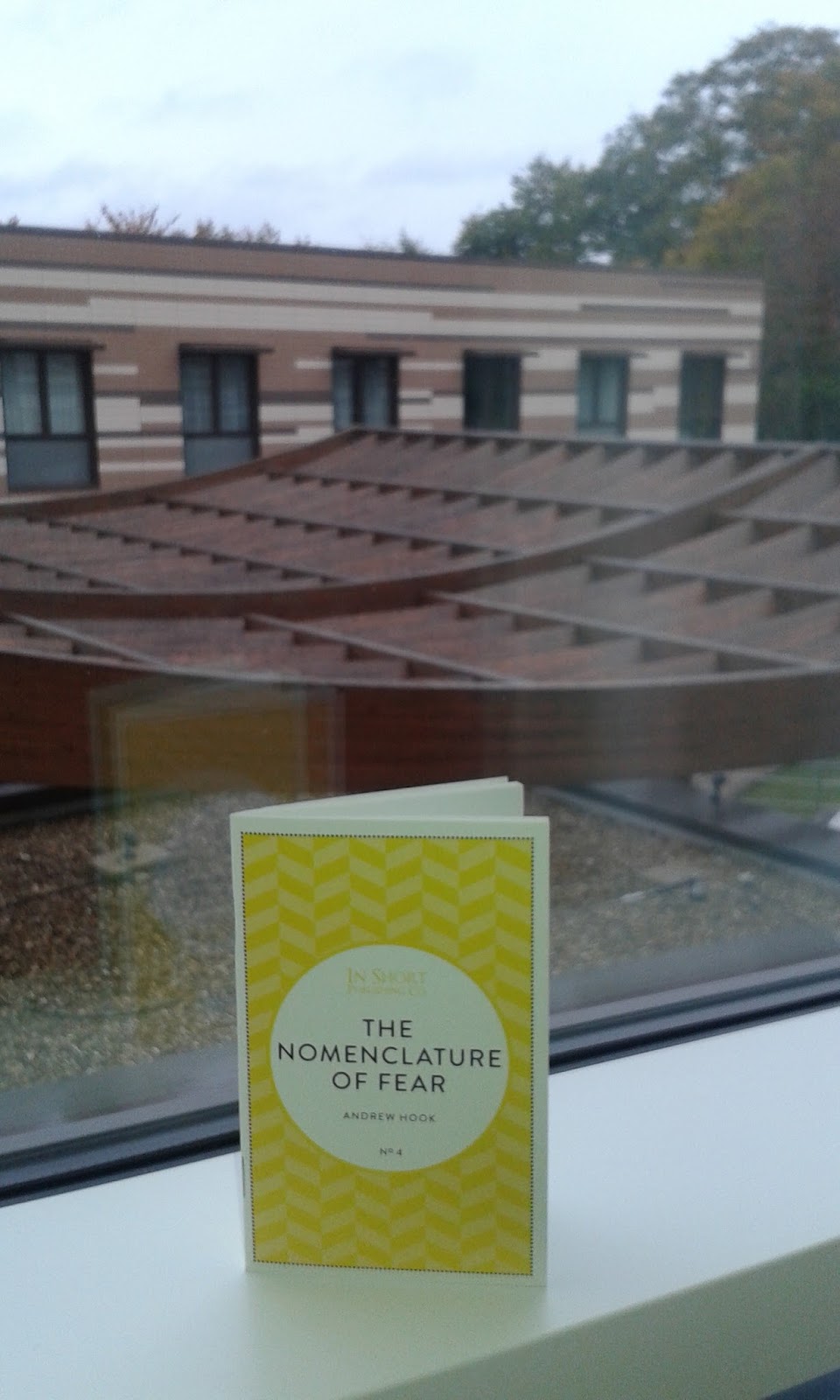