Why I Will Never See 'Star Wars'

Apparently there was a big event last night in the UK with cinemas showing the new Star Wars movie at midnight. I was asleep.

Despite the fact that I have been known to write (and have had published) SF fiction, I have never - ever - seen any of the Star Wars films.

It's quite simple. I've never been a populist. I've never been one to such an extent that I'm not even sure that's the right word. I remember being on the top deck of a bus heading towards Norwich city centre back in 1977 and one of my mates pointing at a Star Wars poster adorning a cinema and saying to me: "I've seen that movie twenty times."

This was 1977. He hadn't seen it on video or downloaded it from the internet. He had physically been to the cinema and actually paid twenty times to see the same film. We were ten years old. I considered this madness. I knew from that moment on that I would never see a Star Wars film.

It would be hypocritical to include a Star Wars image to accompany this post, so instead here's a picture of a pangolin. I prefer long-snouted animals. 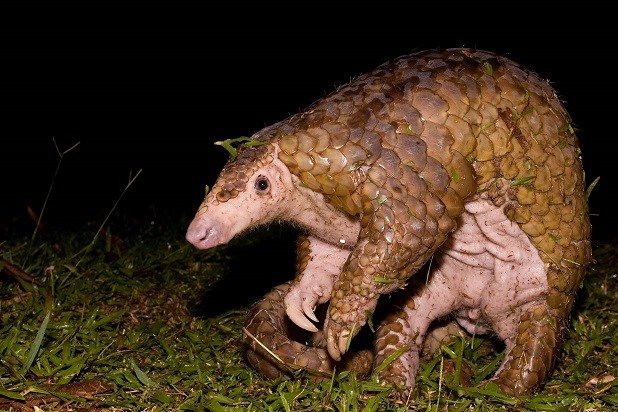