My short story, "Bothersome", has recently been published in Darkest Minds, an anthology published by Dark Minds Press. As usual I'm blogging about the gestation of the story for those who might be interested. There could be spoilers as part of this post.

I actually wrote "Bothersome" about four years ago. It's one of those odd stories which can often be hard to place in anthologies/magazines because it doesn't easily fall into any particular genre, however when I saw a call for submissions themed around 'crossing a border' I knew I'd give Darkest Minds a shot. In my day job I handle incoming social service calls and one day I was struck by a conversation with someone whose mother had dementia. He commented that "she gets lost even in her own room". I thought this concept was superb (as well as being incredibly disturbing), and decided to explore it in fiction. Because I wanted to write the story from the main character's perspective I didn't want to explicitly state that she has dementia which probably makes the story a little difficult to access for readers if they don't want to do some work. I also thought I'd make my protagonist a retired scientist so that some aspects of her thought processes linger in a past where - whilst still muddled - sparks of genius remain. Ultimately the story is a metafictional fantasy vs reality piece which hints at memory and lost opportunity, of how intelligence can be whittled away until even going to the toilet becomes problematic, of how we might end up prisoners of ourselves, of how we can cross borders within ourselves.

I remember a red pencil. HB. Stem hexagonal rather than circular. With a point of graphite at one end and an eraser at the other. I journey along the pencil. From the graphite making marks on paper at one end of the journey to the eraser removing them at the other. 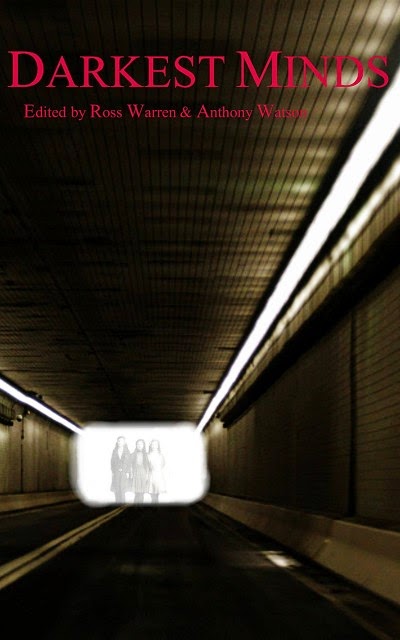