A Childhood In Books

I'm glad that I'm a writer - but most of all I'm glad that I'm a reader. Sometimes I wonder about the nature/nurture question. Do I write because I read a lot, or did I gravitate to reading because somewhere inside me there lurked a fledgling writer? I guess it's something I will never know (and indeed, will never need to know), but thinking over this question has led to this blog post. These are the pivotal books in my reading/writing journey which I believe influenced and nurtured my writing journey in my childhood years.

I won't start with picture books, suffice to say that I remember liking Dr Suess, the Meg & Mog series, and two books which I remember being read to me repeatedly by my mother, "Goodnight, Little Bear" and "The Runaway Kangaroos". I adored both these books and still have them (although I had to re-buy the latter online). 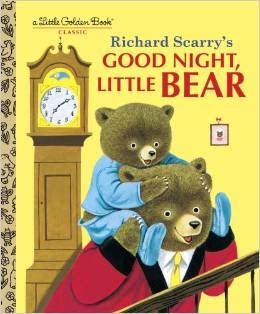 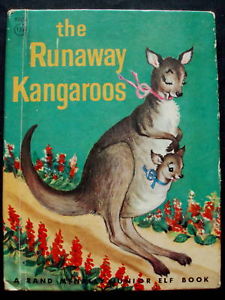 My first memory of a 'proper' book is my aunt arriving with Enid Blyton's "Five On A Treasure Island". I have vivid memories of the cover, of leafing through the pages on my bed, and feeling some excitement as to the contents. I don't recall reading anything of that length before, and I'm sure I read it quickly - followed by the remainder of the series. Blyton's books instilled a sense of adventure, mystery-solving fun, and an almost-punk notion that if you put your mind to it you could do anything (to the extent that you could be a child solving crimes). 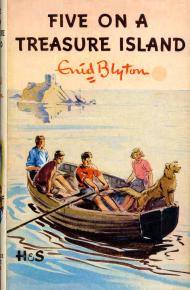 I progressed through some of the other Blyton series, and quite liked the Adventurous Four and the Barney Mystery series but wasn't keen on the Secret Seven. My favourite of them all, however, were the Five Find-Outers. There was something about the dynamic between these five which really appealed - and perhaps because they seemed less known than the other series they felt exclusive to me. Thankfully these don't appear to have been rewritten for the modern age, as I've noticed in a recent edition that one of the children has retained their nickname of Fatty. 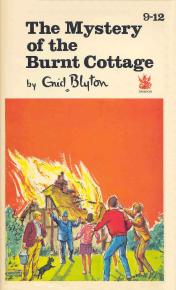 From Enid Blyton my next great find was the Three Investigators Series. 'Presented by Alfred Hitchcock' these books featured three friends, Bob Andrews, Pete Crenshaw and Jupiter Jones who in the tradition of Blyton also had crimes and mysteries to find and solve. Unlike Blyton, many of these mysteries had a supernatural element, and this was probably my first encounter with this genre which might well have influenced my own fiction. Whereas the supernatural was debunked at the end of the story, this weaving together of reality and fantasy greatly impressed me (unlike many of my contemporary writers I didn't read the Pan Horror Series and have never read Lord of The Rings or the Narnia novels). 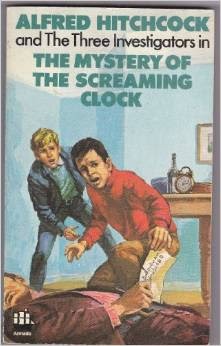 Compiling this list it seems interesting that the older I became the fewer protagonists I needed:

My next find were Hal and Roger, the two protagonists in Willard Price's Adventure Series. These were sons of a respected animal collector who had taken time off school to assist in capturing animals for zoos and nature parks. Whilst this flies in the face of modern conservation, these books continued my thirst for adventure but also gave me an appreciation of wildlife which I respect to the present day. They also gave me a passion for travel. I must have stopped reading this series in 1979 when I was twelve, because I never progressed beyond "Tiger Adventure" and I remember it being published with a completely different cover to the rest of the series which annoyed my sense of continuity. 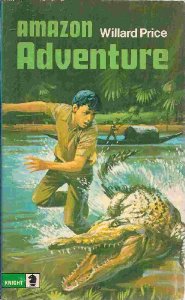 My passion for animal welfare was further developed through the following two books. "Freedom For A Cheetah" I remember borrowing repeatedly from my local library and "Bichu The Jaguar" was a book I had at home. In both titles, the animal/human relationship is considered more from the animal's point of view than in the Willard Price series. Perhaps it's no coincidence that I've often featured animals in my stories ("Slender Lois, Slow Doris", "Spilt Beaver", "The Honey Badger's Child", "Monochrome Tiger"). 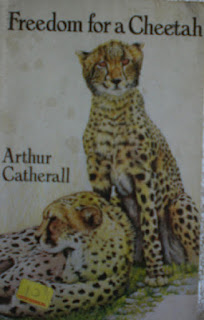 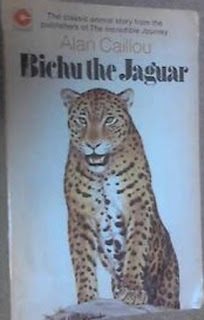 I view the above two books as a transition between my childhood and adolescent reading. Whilst I remember picking up several Gollancz yellow SF books from my library around that age, and also recall some of Asimov's robot stories, nothing else has stood out. Perhaps I remember books in a series more simply because they were in a series, or maybe a series appealed to me due to character development. Either way, around the age of fourteen I was devouring Ian Fleming's James Bond books and also Agatha Christie (both books usually featuring one main character, as per the above 5, 4, 3, 2, 1 countdown).

I would have come to James Bond from the movies and then seeing the books in my local store, but there is also no doubt that the covers greatly appealed, particularly the 1970 Panther Triad editions featuring semi-clothed girls straddling giant guns. I remember becoming aware for the first time of eroticism in fiction, but also the potential for violence. Christie, in comparison, was a calmer, more traditional voice; but with both writers - as indeed, most of the above - the plot revolved around explaining a mystery (as an aside, I usually read Christie in large print as our library had the best selection in those heavy black and white covers, but I loved their paperback cover designs such as the one below). Understanding that the world might not quite be what it seems is just as relevant in detective novels as it might be in science fiction, fantasy or horror. And whilst some of my contemporaries might be aghast at how little read I am in those genres (I have never read Tolkien, never read King), I feel richly grounded in fiction which attempts to find understanding amongst confusion, where the difference between what appears to be real and what is real are sometimes only a parlour conversation away. 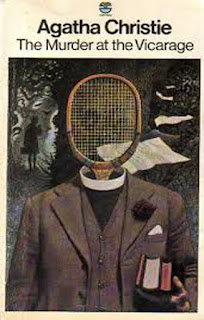 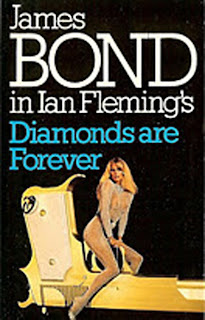 After the Fleming and Christie I began to turn my eye to other books in our library. I think I was aware I was reading above my 'expected' age group, and like the Bond I was occasionally attracted to books from the cover alone. I remember a brief Kingsley Amis period, where "Take A Girl Like You" and "I Want It Now" fed my brain. But the remainder have been forgotten. I was about to start experiencing a more direct approach to reading, fuelled by academia. It's fair to say that for a while the fun was taken out of it. The age of innocence dead. 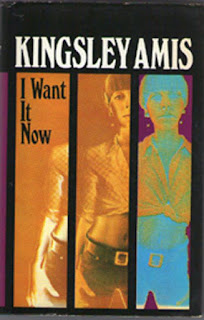 When I was fifteen I took a General Studies class where I was introduced to 'proper literary' adult fiction and I voraciously read Kafka, Dostoyevsky, Sartre, Camus and Orwell, in addition to the obligatory "Brave New World" and "Lord Of The Flies" in English classes. From then on, the pulsating vortex of potential reads swirled around me, and I read more and more and more. Currently, I have a list of over 250 books on my reading list awaiting my attention, and I buy all the time, but I think those years from around 8 until 15 were the formative ones developing myself both as a reader and a writer, and perhaps unsurprisingly given the list indicate why I've turned to crime. 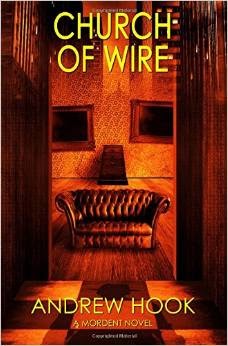