"Kodokushi" is a story I've recently had published in the new PostScripts anthology, "Memoryville Blues", from PS Publishing, which also contains fiction by John Grant, Lavie Tidhar, Alistair Reynolds and Ramsey Campbell amongst many others. As has become common in this blog, I'm going to post about how the story came about for those who might be interested in the 'where do writers get their ideas from' thing. Naturally, this post might contain spoilers for those who haven't read the story.

Memory is a strange thing. I wrote this tale back in October 2010 and it was accepted for publication three days later. I think it was last year or the beginning of this year that the signing sheets came around for it together with a request to write an intro to the story. Foolishly, I didn't re-read it, and over time I came to mis-believe that 'kodokushi' is the name of the place my character visits in the story, hence the confusing intro for those who have the book. On re-reading, however, I realised 'kodokushi' actually refers to 'a lonely death'.

I've been writing a series of Japanese-themed stories, touching on the quaint absurdities that the country seems prevalent to. In this case, 'a lonely death', relates to those who have died but have remained unburied for long periods of time. Often because they have no relatives. But also as I was researching this story I became aware of a newspaper article about relatives who hid the death of their relatives in order that they could continue claiming benefit for them. In my story, an estranged family member returns home to discover her father died three years previously and his body has yet to be buried. The story takes on a slight fantastical feel when she then visits Ryōan-ji (the false 'Kodokushi' of my memory) where fifteen boulders have been placed in such a way that only fourteen can be seen simultaneously (unless from the air). It is traditionally said that only through attaining enlightenment would one be able to view the fifteenth boulder. My elegiac ending fuses the experience in discovering her father with the trip to the zen garden. It's an ending prone to interpretation and - I think - almost too subtle unless the story is re-read and possibly re-read again. I do like to make the reader do some work! On re-reading, however, this story has become a favourite of mine. As with much of my work, fusing two seemingly separate story strands creates (or uncovers) something greater than both of them. It will be interesting to see how this story fares in review. 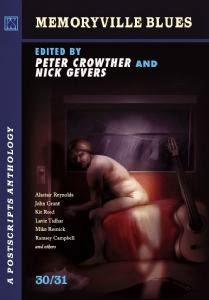