My short story titled "My Somnambulant Heart" has just been published in the anthology Terror Tales of the Home Counties, edited by Paul Finch, and as usual I'm writing a few words discussing how the story came to be written. There may be spoilers within.

First of all, the Terror Tales anthologies are a long-running series which focus on horror stories set within particular locations (in fact, this is the thirteenth anthology in the series). I was approached by Paul Finch a while back as to whether I would like to contribute to this book, and immediately said yes. Stories based on locations are always interesting, because material can be drawn from the physical place to augment the characters in a story. In this case I chose Box Hill in Surrey, which has the oldest untouched area of natural woodland in the UK, one of the oldest in Europe in fact. The hill takes it's name from the ancient Box Woodland that can be found on the steepest West-facing chalk-face slope. Local history has it that witches once used to congregate in their covens on Box Hill, because they believed the Box Trees enabled them to better interact with the spirit world. It's also the location where the eccentric Major Peter Labelliere was buried upside down in his grave at Box Hill (through choice).

My story concerns a Londoner moving to Surrey. An unfeeling, mildly unpleasant character who has been unable to engage with other people during the course of his life, and who has glossed over in his mind the bullying he took part in of another boy at school. The boy who is a man who is now living in Surrey, and who brings some home truths to bear.

The story was inspired by my own schoolboy recollections of how someone was treated badly by others at my school. Whilst I was only at the peripheries of that - and hindsight/context makes a world of difference - I've never forgotten it. I can't remember where the title came from, but I had it for some time. I imagined it has resonated much deeper with the boy who was bullied. That simmering resentment, together with the legends around Box Hill, are what inspired the story. 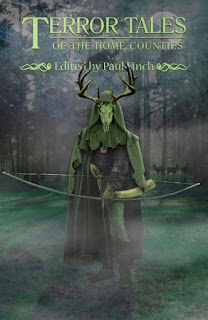 Here's an extract: On the side of the Old Fort some vegetation made a face. It struck me that pareidolia wasn’t restricted to finding order where there was none, but it also collated a series of random events into something that might be perceived as significant. Hindsight made it easy to fictionalise reality, to find signs and connections which don’t actually exist. Yet underlying my dissatisfaction was the knowledge that Harris had somehow managed to step outside of the persona we had granted him. However it had happened, Harris was somehow more successful at being a person than I was.

Paul discusses the theme of the anthology in more detail here. 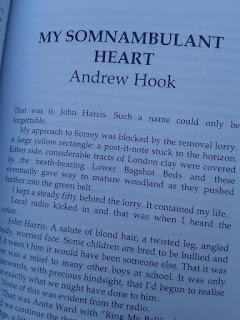