The Fall - My Personal Top Ten

Since Mark E Smith of The Fall died on 24th January 2018 I have listened to nothing other than Fall albums on my daily commute (by bicycle) to work and back. Some of these were records I already owned - particularly the most recent albums - and others I obtained via the library service (including the wonderful 6 CD Peel Sessions retrospective) and elsewhere. Prior to his death I reckon I owned about two sixths of the band's output and I'm probably now closer to three fifths. What strikes me is the diversity from the band who were always different yet always the same. Whilst both Smith and repetition are constants, musically The Fall ran the gamut of post-punk, rockabilly, reggaebilly (my word), and the peripheries of grunge-rock'n'roll, with the often cut-up lyrics reminiscent of Dadaism and experimental fiction. The amalgamation being - to my mind - fiercely intellectual and challenging, confrontational and exciting. As mentioned elsewhere, Mark E Smith is one of the few people I would consider to be a genius, and listening repeatedly to this extensive body of work has confirmed this evaluation. 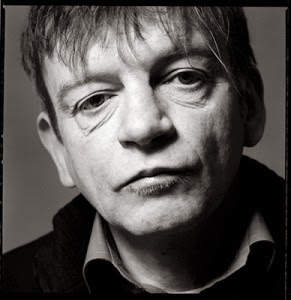 Now, despite some significant gaps in my collection, this replaying / rehearing / new hearing of Fall songs is coming to a close. It seems important - to me, at any rate - to list what I consider to be my top ten Fall songs. This is the material which most often earwormed my head, which I might quote snatches from at inopportune moments, which got me dancing on that bicycle. The selection might change tomorrow / next week / next year, but this is what I like right now (although not in any order).

As part of the above process, several compilations and alternate versions turned up on the CD's I listened to. By far and away the most frequent of these was "Bremen Nacht", the relentless repetition in the music imitated by the number of times it surprised me as I heard the opening bars of it once again. This is my favourite extended version.

I think This Nation's Saving Grace might be my favourite Fall album. There's a cohesive structure which builds over the course of the album and in the middle of this is the glorious "L.A.", basically an instrumental written by Brix Smith, which pins the elegiac to the grotesque, peppered with a handful of lines from Mark which perfectly compliment the music. An oasis.

There's something really friendly about this song which appeals. The music almost jaunty, summery. I love the alternate pronunciations of 'orange'. (Mark's often deliberate mispronunciations always resonate with me). This song was written for the ballet "I Am Kurious Oranj" - of course. This is The Fall.

The Real New Fall LP was one of the first records I bought when I rediscovered the band back in 2003 and I have a real affection for this song with it's (on the surface) daft lyrics and ambling music. It's a grow(l)er.

I consider this a typical Fall song. Repetitive chanting - with much online questioning over the actual lyric (Baghdad/Space Cog/Analyst?) - and a narrative story about hotel paranoia and incompetent staff which whilst surface-trivial is filled with those touches which make me adore Mark's lyrics (in the burning scorch of another Sunday over / the miserable Scottish hotel / resembled a Genesis or Marillion 1973 LP cover).

Impossible not to sing along to this one, ay? A sentient jukebox, perhaps, refusing to conform and play standard material - or a metaphor for the band itself? Taxi!

The Man Whose Head Expanded

The Fall inhabited now, so not to choose something from the final album, New Facts Emerge, would be a travesty. It's a great record in any event, a searing guttural throb of garage rock, and whilst Mark's voice has changed (as though someone has re-tuned his personal instrument), there's a steamroller menace here which benefits from that nuance. This song is a perfect example of what The Fall were all about prior to Mark's death.

Another recent(ish) album which I consider as thematically coherent as This Nations Saving Grace, Your Future, Our Clutter is probably my second favourite Fall record. This piece segues the your future our clutter theme which runs through the album into a raging piece of music which slips and slides all over the place just like that slippy floor itself.

I absolutely love the opening of this song. I've always considered The Fall to be a great dance band, and it's impossible not to hypnotically gyrate here. And the riff is sublime. What a great song to finish off this selection. Lyrically not too shabby either.

Of course, I could have included "How I Wrote Elastic Man" (partly responsible for the once-name of my old publishing company), or "Cruisers Creek" (see reference to The Tube - above - where I saw this song performed and fell for the band), or "Hilary" (where's the sixty quid you borrowed off me?), or "Totally Wired" (I'm totally wired). or "Way Round" (I hit roundabout / I just can't find my way / round), or "Secession Man" (you're the one who always runs the show), or "Pumpkin Soup And Mashed Potatoes" (pumpkin soup and mashed potatoes / That has always been my dream). Or - indeed - every Fall song ever written that's always different, always the same.

If you've read this far it's highly likely you're also a big Fall fan, and if you haven't heard of the following site which contains a wealth of lyrical information then I suggest you drop by now: The Annotated Fall. 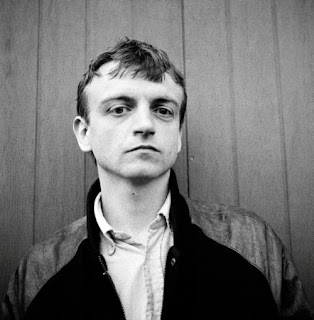