Shipwrecked In The Heart Of The City

My short story, "Shipwrecked In The Heart Of The City", has recently been published in the Midnight Street Press anthology, "Night Light", and as usual I'm blogging about how the story came to be written for those who might be interested. Be aware that this post is likely to contain spoilers.


As usual, I had the title prior to any other ideas. In this case, I stole the phrase from Paul Auster's memoir "The Invention of Solitude". In the chapter titled "The Book of Memory" he states This was life as Crusoe would have lived it: shipwreck in the heart of the city. As soon as I read it I knew it was mine.


Shortly thereafter I had an idea to write a story about a woman whose baby had died in the womb but who refused to acknowledge it, and in the process of thinking through that idea I decided to alternate her story with that of the aborted foetus itself which exists in a kind of pre-birth limbo within a world not entirely dissimilar from David Lynch's Eraserhead vision. The phrase, shipwrecked in the heart of the city, seemed to perfectly convey this.


The story is prefaced with the following quote, which together with the title - I believe - elevates reader expectation and primes them for the fiction:

Interviewer: suppose your house were on fire and you could remove only one thing. What would you take?

Jean Cocteau: I would take the fire 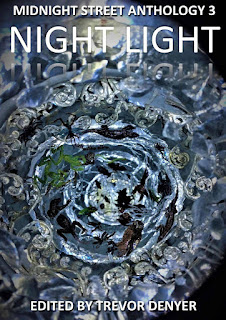 Here's a bit from the middle of it:


There was nothing for it. He took off his clothes, pulled the sheets from the bed until all that remained was the bare wooden frame. He curled up, foetus-like, his head bent in supplication, his knees close to his chest, his arms tight, little fists tensed as if expecting to box. After a moment he felt for his umbilical cord where it was squashed between one leg and his stomach, and he straightened it, pointed it away from his body, as though it were an arrow to another place.


Finally, I wrote "Shipwrecked In The Heart Of The City" whilst listening to the album "Barragan" by Blonde Redhead on repeat. 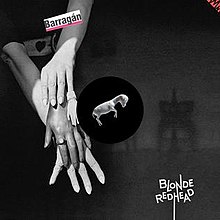