Making Friends With Fold Out Flaps

My short story, "Making Friends With Fold Out Flaps", has recently been published in The Black Room Manuscripts: Volume Three by the Sinister Horror Company and as usual I'm blogging about the gestation of the story for those who might be interested. There may be spoilers for those who haven't read it.

As is usual for me, this piece was born from the title and a couple of other ideas which tangentially coalesced with it. In this case the title came from another title - from a simple children's board book: "Making Friends (Just Like Us)". At the corner of the book runs the phrase, "with fold out flaps". It doesn't take too much imagination to put those two things together, and the resultant phrase carried with it a suggestion for a possible story. 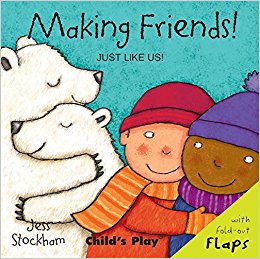 Two other books also made their way into this piece, both works which I'd been considering using as launch pads for stories for some time. The first was a book on silhouettes which I picked up at a school boot fair several years ago. Silhouettes as a metaphor for what we are and what we hide has always been of interest. Additional to this, I find what we have hidden physically within our bodies as well as psychologically is also fascinating. Who thinks on a daily basis about all our interactive internal organs which run our bodies almost independently of conscious thought? This never been illustrated better in my opinion than through the plastination work of Gunther Von Hagens which I was lucky enough to view at the London Bodyworlds exhibition in 2002. I picked up the catalogue at that event and often find myself flicking through it. 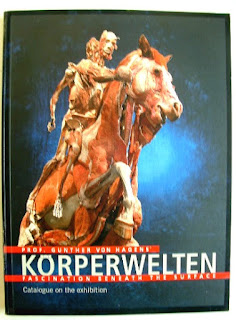 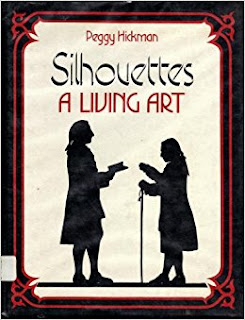 Silhouettes, the workings of our bodies, making friends with fold out flaps: this is the kind of story which falls together quite simply from its constituent parts. Here's a bit of it:

The bonus with silhouettes is that they are one-dimensional. But people aren't. The truth embodied in a silhouette is lacking from that in a person. With them, it's not so much about the surface, it's about the things people keep hidden: their thoughts, their repressed desires, their understandings, their internal organs. To get at the real person you have to undress them, utterly. I could equate this to locating the kernel within a fruit or a nut, or a grain or seed as of a cereal grass enclosed in a husk. Or - to use the computing definition of the word - the kernel is the main component of most computer operating systems; it is a bridge between applications and the actual data processing done at the hardware level. The kernel can provide the lowest-level abstraction layer for the resources that application software must control to perform its function. It was the lowest level that I was interested in.

Finally, I wrote the story whilst listening to Radiohead's "Hail To The Thief" album on repeat. 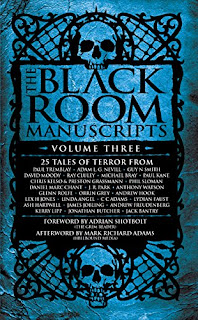