My short story, "The Al Pacino Appreciation Society", has just been published in Crimewave #13: Bad Light, and as usual here are a few words about how the story was written with the usual caveat that there are likely to be spoilers for those who haven't read it.

This story was actually written quite some time ago (October 2011, to be precise), but for reasons I'll mention below has taken a while to get into print. Because of this, my memory is a little sketchy. Needless to say, I had the title first. Whether I'd just watched an Al Pacino movie I can't remember, but there it was: a title waiting for a story to fit it.

The main thrust of the piece is a man's unwitting immersion in terrorism, how love can blind us to what is really happening. There is a clue in the title which has become a little dated - I won't say more, but world events have shifted a tad from when this was written. I recall the whole idea came to me at once, when I noticed the clue myself, but I was having a job structuring it until I decided to have section headings from Al Pacino film titles. The story then flowed easily. 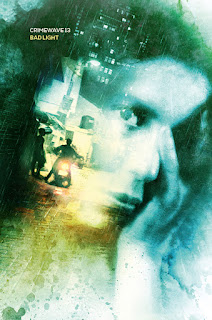 Getting it to print has been a different story. It was originally accepted for publication in November 2011 by an anthology which was going to be called The Year, featuring 365 stories. This didn't come to fruition, but the accepted pieces were then going to appear in three separate anthologies, of which crime was going to be one of them. But again, this never happened, and it was finally released from that obligation around 2015. I then sold it to TTA Press for Crimewave in January 2016, and it's taken a while to subsequently get to print. Of course, all good things are worth waiting for, and the anthology looks to contain excellent stories from many well-respected writers.

Here's an extract from the opening:

She wanted someone gritty.

I wanted to be someone gritty. But where Beatrice and I failed was in the definition of gritty.

I turned up one evening with an armful of Al Pacino DVDs. The Godfather parts one through to three, Righteous Kill, Dog Day Afternoon, Sea of Love, 88 Minutes, Scent of a Woman, and Cruising.

"This is gritty," I told her; even though I hadn't seen any of the movies, and had only that morning picked them up at a car boot sale. None of them were in their original packaging. 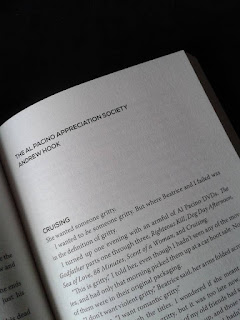 I usually write stories to music, but I have made no note as to what I listened to writing this story.