My short story, "Cold Water Killer", has recently been published in Spark Vol VIII, and as usual I'm blogging a few thoughts as to how the story came about. There may be spoilers for those who have yet to read it.

"Cold Water Killer" is one of my Mordent stories, Mordent being a detective-turned-PI with a bubblewrap fetish who views life through noir-tinted glasses. I had written a series of Mordent short stories before realising he was prime material for a novel and some of those short stories formed part of the first two books in the series. "Cold Water Killer" was originally intended as a chapter in the novel, "Church of Wire", but after discussion with the publisher it seemed superfluous for that novel. I therefore decided to sell it as a standalone story.

The story is set in 1975, when DNA-profiling was in its infancy in criminal cases. A random sniper disguises his fingerprints by immersing his hands in water prior to committing his crimes; the subsequently crenulated skin obliterating his identity. This is intertwined with a relationship Mordent has with a florist, and the indiscriminate nature of the killings is compared to the equally indiscriminate concept of love.

Mordent had been in the force a sparse few years. Had lost his feet and then found them. The drinking was only just starting to kick in. Back then, people were allowed to be characters rather than caricatures and his precinct was full of them. As the years rolled by, so the faceless ones dominated. When Mordent was only the character left, he left.

But back in '75, with flowers budding like parachutes seen from the ground, and the dirt on the streets washed by April rains, his future spread in front of him like a body unrolled in carpet. 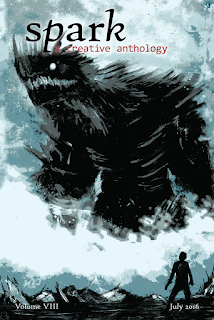