Well, it's that time of the year when everyone is doing their 'best and worst of' lists, so here is mine. I'm going to list the books and movies I read/watched in 2016 and then pick my favourites. This isn't restricted to what was new in 2016, but what I actually watched and read - some of these items might be very old indeed.

That's worked out at 43 books this year, a few more than last year but average overall (although I'm still reading the Doug Jones, which is poetry that I'm dipping in and out of). Definitely amongst the worst of the bunch were Paul Auster's "Mr Vertigo" (and I love Auster, but this was a meandering mess), Ira Levin's "Sliver" which was just ridiculous, and Christopher Priest's "The Space Machine" which just didn't work for me (interestingly, both Auster and Priest made my top three last year). The absolute worst book I read this year, however, was the carnage which was Michael Chabon's "The Yiddish Policeman's Union": a total dirge and dreadfully written. Thankfully these books were eclipsed by some great reads. Special mentions to "The Death House" by Sarah Pinborough (a simple tale which - goddammit - made me cry), "The Secret Life Of The Panda" by Nick Jackson (a great collection of short stories), "The Haunting Of Hill House" by Shirley Jackson, and "Nikolski" by Nikolas Dickner. If I were to choose a best anthology it would be "Something Remains", stories inspired by the notes of Joel Lane, which was uniformly brilliant. And special mention to Richard Brautigan, whose writings I discovered this year via Rhys Hughes, and whose "The Hawkline Monster" almost made my top three.

Before the final reveal I also want to mention three books I proofread this year for Angry Robot. I usually don't include 'work' books in my listing (in some instances it would be unprofessional to do so), but "The Destructives" by Matthew de Abaitua was a great SF book, and being published next year are the inventive "A Perfect Machine" by Brett Savory and the brilliant "A Man Of Shadows" by Jeff Noon (a book I wish I'd written). All well-worth seeking out.

As usual, I'm going to base my top three from my Goodreads review. This is very straightforward for 2016 as only three books received 5/5 and putting them in order feels quite natural. So, without further ado, here they are:

"Sleep Has His House" by Anna Kavan 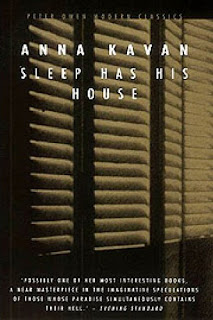 Kavan must be one of my favourite female writers and her work is always challenging and often difficult with flashes of brilliance. She nearly made my top three last year with "A Scarcity Of Love", but has cracked it with this book which tells a tale of a woman withdrawing from daylight existence and living only at night. These states are metaphorical, however, and semi-autobiographical chapter introductions are then fully-fleshed as surrealist counterparts within each chapter as a whole. It's an inventive, intriguing, and engaging synthesis of memoir and experimentation.


"Where Furnaces Burn" by Joel Lane 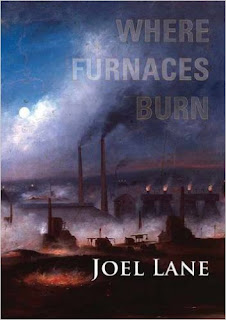 I love Joel's writing and this (World Fantasy Award winning) collection of supernatural police stories is simply superb. Incisive dialogue, intelligent phrasing, weirdly believable scenarios, these all make for a dark, troublesome, realistic read and because the same protagonist features throughout the cumulative continuity of his journey really adds to the overall experience.

"The Mahé Circle" by Georges Simenon 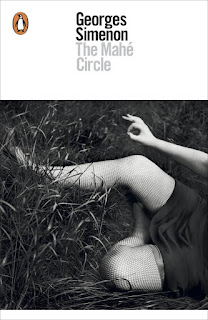 I really love Simenon's pared down style and am generally finding his non-Maigret novels even more exciting. This short novel is a brilliantly told tale of obsession leading to destruction, and easily makes for my best read of 2016.

That's 144 movies this year, an increase from 116 in 2015 and 47 in 2014 (movie watching increases as child care decreases!) Of course, this makes the list much more difficult to narrow down to my top three, and unlike books I don't have a site equivalent to Goodreads with which to guide my memory.

As usual, however, I'm discounting movies I've previously seen. Luis Bunuel's "The Exterminating Angel" appears three times in my list because I watched it for research for a book I've written about the film which will be published in 2017 by Rooster Republic Press. It also knocks out gems such as "Close Encounters of The Third Kind" (equally as powerful as when I first saw it almost thirty years ago), the "Three Colours" trilogy (the ending of the third movie utterly destroys me cinematically), "The Wicker Man" (just as terrifying), "Come and See" (emotionally devastating), "Videodrome" (perfect Cronenberg), and Godard's "Le Mepris" which we were lucky to see on the big screen this year and is one of my favourite films of all time.

Those movies which were just awful are easy to chronicle, and this unfortunately includes Tarantino's "The Hateful Eight" which was dross from (almost) start to finish, "The Lobster" (which I really wanted to love but just hit all the wrong notes for me), "Grand Piano" (one of the most ridiculous films I've ever seen), and "Natural Born Killers" (tedious, indulgent, unnecessary).

This leaves us with some great movies. I thoroughly enjoyed both "Stalag 17" and "A Taste of Honey", both of which mixed brilliant characterisation with pathos and humour, "Days of Heaven" (a subtle, moving movie), "Blue Ruin" (compelling modern noir), and "A Girl Walks Home Alone At Night" (perfectly pitched Iranian horror). Very special mentions must go to "The American" (very surprised by this George Clooney flick which I thought almost perfectly understated), "Funny Games" (which came so close to my top three - the brief section where the scene plays out in reverse was utterly brilliant), "Triangle" (flawless horror with perfectly sustained logic), "The Holy Mountain" (genius Jodorowsky with some wonderful imagery/ideas, which fails only for being overlong in parts), "Build My Gallows High" (unbeatable noir) and British horror "The Borderlands" (the ending of which continues to unsettle me and play on my mind).

I get the feeling that another day might produce marginally different results, but - today - here are my top three movies I saw for the first time in 2016.
Again, in reverse order: 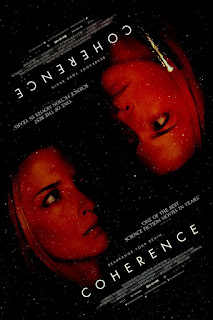 From a seemingly slow start where all the puzzle pieces are overlaid this SF movie slowly unravels both its own plot and viewer expectations. Essentially, an alternate reality movie where for a brief period all realities are infinitely accessible, it thankfully never becomes too clever for its own good and maintains its inner logic for perfect satisfaction. The ending - perhaps - could be different. But then maybe there were different endings in other realities. 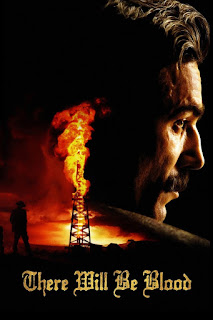 On the face of it a simple tale about an oil man's quest for wealth over and above all other considerations, this lengthy movie never drags and is gripping throughout right through to the inevitable - almost farcical - conclusion. 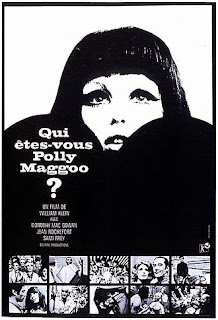 I almost didn't watch this movie when it appeared on Mubi because neither the film's title nor the plot satirizing the fashion world particularly appealed, however I'm glad that I did. Proving the maxim that 'it ain't what you do but the way that you do it' from the very first scene, I was utterly delighted by the sheer inventiveness, charm, French New Wave vibe, and off-kilter sensations that the movie has in spades. It's fair to say I found myself frequently gasping, rolling in ecstasy, and smiling throughout this film. It's a little known gem which deserves a loving audience.

So that's it. Looking forward to reading and watching more in 2017!
Posted by Andrew Hook at 13:02