A Life In Plastic (reprise)

My short story, "A Life In Plastic", which was originally published in Strange Tales V from Tartarus Press, has now been reprinted in the anthology of the weird, "Dark In The Day", edited by Storm Constantine. It seems opportune to resurrect my previous blog post about the gestation of the story for those who might be interested. Be aware there may be spoilers if you haven't read it.

This was one of the few occasions where the title was changed after I wrote the story. The original title, "The Plasticity of Identity", was taken from a review of another of my stories, "Drowning In Air", which appeared in Strange Tales IV. The reviewer being Peter Tennant of Black Static. As soon as I read the phrase I realised I wanted to write something with that title, but when Strange Tales originally accepted the story for publication they suggested I change it as it seemed a little clumsy. As it happens, "A Life In Plastic" is probably a clearer representation of what the story is about.

This piece is one of a series of Japanese stories I've been writing over the past few years. I've found Japan to offer a wealth of ideas, and in this case part of the story is based on the island of Okunoshima, an island where Japan produced poison gas in the second world war which has since become a haven for rabbits.

The plastic in the title is two-fold. Firstly, as a metaphor for the disconnect the main character has with emotion, particularly with regards to his estranged young daughter, but also with a preoccupation he finds with a window-dresser who resembles how he considers his daughter might look when she grows up. There is a gradual transformation of himself into a mannequin as the story progresses, as he decides to distance himself from his daughter after holidaying with her on Okunoshima. 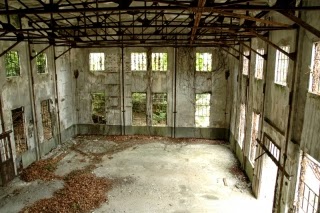 To give a flavour of the story, here is an extract:

...some people were interested in speculating what might happen should a mannequin come alive, but for Oki the reverse were true. He wondered what it would be like to be the mannequin. he couldn't imagine his emotions being any more distanced than they already were, yet would like to try.

Des Lewis reviewed the story in its previous incarnation: "It is a wonderful and eventually disturbing description of unrequited fatherly love for a daughter who is somewhat estranged from him by his marital unfruition, then his taking her, when given access, as a small child on holiday to an island where the only entertainments are a golf course and a Poison Gas Museum, and later his visualising her as an older girl or woman in the form of a window-dresser in a shop window whom he obsessively watches dressing mannequins..."

Finally, I wrote "A Life In Plastic" whilst listening to "Cyber Trance" by the Japanese female singer Ayumi Hamasaki on repeat. 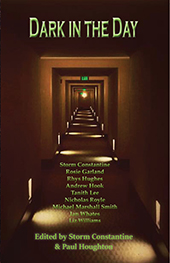