An A to Z of books

I don't think I was actually tagged in this, but I saw a post by another writer and decided to give it a go. It's fairly self-explanatory. If you read this and then do your own version please mention it in the comments below as I'd be interested in seeing your choices.

Author you're read the most books by

As an adult this would be Tom Robbins. I've read all of his eight novels, a collection of essays, and just have one novella to read. As a child it would have been Enid Blyton or Ian Fleming.

I don't think I've read a book in adulthood which has a sequel, but I did enjoy Gene Wolfe's "Book of the New Sun" series when younger, so probably one of those.

"The Real Life Of Sebastian Knight" by Vladimir Nabokov and "The Space Machine" by Christopher Priest.


Drink of choice while reading

I don't have an e-reader so it has to be physical. I prefer a physical book for tactile reasons.


Fictional character you would have dated in high school

Not sure I would have dated but I would certainly have had the hots for Tatiana Romanova from Ian Fleming's "From Russia With Love". 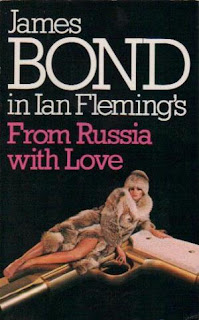 Glad you gave this book a chance

I tend not to read long books but I had "Blonde" - a fictionalised biography of Marilyn Monroe - by Joyce Carol Oates on my shelf for a while, and when I finally read it I found it was magnificent. Not only that, but I've since written short stories about Marilyn and also Jayne Mansfield off the back of this and believe they amount to my best work.


Hidden gem of a book

I thoroughly enjoyed "The Tunnel" by Argentine writer, Ernesto Sabato. The Guardian summarises it nicely as a novel which 'explores the dark areas of the self, and violence and irrationality in the anonymous mean streets of the modern city'. Highly recommended. 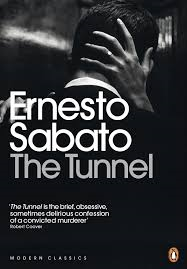 Important moments in your reading life

I remember being given a copy of Enid Blyton's "Five On A Treasure Island" by an aunt, which I believe was the first novel I ever read. The moment is so vivid I can recall the cover and the circumstances perfectly.

Also, reading Tom Robbin's "Jitterbug Perfume" made me realise art could mimic, reflect, and influence/resonate a life in ways I hadn't previously considered.


Kind of books you won't read

I'm unlikely to get any joy out of full-blown sword and sorcery fantasy trilogies, misery memoirs, or romance fiction. Anything else is likely to be given a chance.

The aforementioned "Blonde" by Joyce Carol Oates which in my edition nudged just short of 1000 pages. 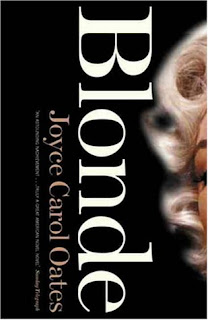 Probably Tom Robbin's "Jitterbug Perfume" because it's themes have resonated so keenly with my life.


Number of bookcases you own

About seven, although some are not cases but shelves set into wall alcoves.

I don't re-read often and there are probably less than a handful of books in adult life where I've done this, but one which I have (and which I would also be happy to re-read again) is Nabokov's "Lolita". It's beautifully written and a sublime love story. 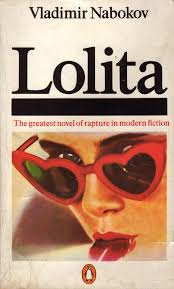 I always have two books on the go. One by my bedside and the other in work lunch breaks. I tend to fall asleep at both locations.


Quote from a book you've read that inspires you

Our individuality is all, all, that we have. There are those who barter it for security, those who repress it for what they believe is the betterment of the whole society, but blessed in the twinkle of the morning star is the one who nurtures it and rides it in, in grace and love and wit, from peculiar station to peculiar station along life's bittersweet route - Jitterbug Perfume, Tom Robbins


Series you started and need to finish

I don't tend to read a series of books - certainly not those with continuing stories - however I am eager to read the Swedish crime writers' Maj Sjöwall and Per Wahlöö's series of Martin Beck detective novels, collectively titled "The Story of a Crime", after having read "Roseanna", the first in the series, recently.


Three of your all-time favourite books 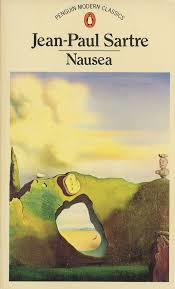 Tom Robbins. It's been a while since I re-read his books and I probably should do so sometime soon.


Very excited about this release

I have a story forthcoming in an anthology titled "Something Remains" which will feature stories based on and inspired by the notes left by the writer Joel Lane (1963-2013). It will be fascinating to see how each author has tackled their piece and is a project I'm both excited to participate in but also to read. 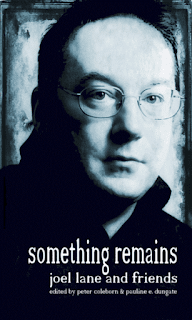 Not sure if this is the worse or best bookish habit, but I can't stop buying books even though there are now over 300 in the to-be-read pile.


X marks the spot: start on the top left of your shelf and pick the 27th book

Kingsley Amis: "Take A Girl Like You". I read a lot of Amis in my mid-teens, mostly from the local library ("The Green Man", "Girl, 20", "I Want It Now") but I'm not sure if I've read this one. Will be interesting to see how I remember him.

We're just back from a holiday which included the book town of Hay-on-Wye where we bought over twenty books. I think the last one I purchased that day was possibly "Gentlemen Prefer Blondes" by Anita Loos.

I tend to fall asleep before I read too late, but the last book I gave five stars to on Goodreads was Georges Simenon's "The Mahé Circle", and I remember it being a real page-turner. 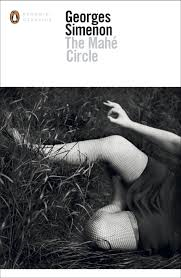 So there you have it. All comments welcomed!
Posted by Andrew Hook at 12:58