The Day My Heart Stood Still

My short story, "The Day My Heart Stood Still", has recently been published in Postscripts #36/37, and as usual I'm blogging a few comments as to how the story was written. There will be spoilers for those who have yet to read it.

As with much of my work, this story started with the title which just popped into my head. It's an amalgamation of "The Day The World Stood Still" and "The Beat That My Heart Skipped". I like titles which come like this, because they create an existing evocation in the reader's mind but also contain something new. (I've done this before with "One Day All This Will Be Fields", which mixes the phrases one day all this will be yours and I remember when this was all fields).

Once you have a title like that, it's very hard for the story not to automatically follow and this piece almost wrote itself. The basic premise is simple - massive spoiler here - what if death had been eradicated for so long that no one in living memory was aware of it. Then what would happen if someone died? It's a bittersweet, almost Bradbury-esque, kind of tale which is told from the viewpoint of a ten year-old boy.

I ran inside from outside, abandoning Charlotte in the paddling pool that smelt of everlasting summer.

My mother lay on the kitchen floor. the sudden change from light to dark tripped me over, my hands shooting star-like to break my fall. If she felt my unintended kick then she didn't make a sound.

I lay quiet for a moment, my palms stinging with impact, my body lying over my mother's cross-like, the sound of Charlotte's splashing carrying on the humid air.

She must be asleep. I pulled myself up roughly, as if clambering over rocks. Then I inspected my hands. Both palms were reddened, yet soon faded as I looked. I opened the fridge door and poured out the glass of lemonade I had been after. Popping a couple of ice-cubes from the freezer compartment into the drink I then swallowed a long draught. The cool liquid felt like burning. Through the kitchen window I could see Charlotte lying on her tummy, face pressed into the side of the deflating pool, whilst her legs kicked behind her; rhythmically. 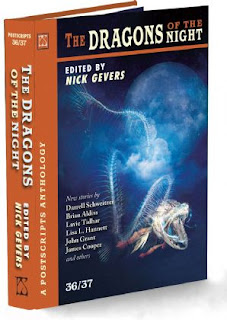 I wrote this story whilst listening to the album "Embryonic" by the fabulous Flaming Lips on repeat. I think this is my favourite record of theirs. I hear something new each time I play it.
Posted by Andrew Hook at 13:39