My short story, "The Aniseed Gumball Kid", was recently published in Breakout, a Postscripts anthology from PS Publishing. As usual, I'm blogging a few thoughts as to how the story came into being. There may well be spoilers for those who haven't read it.

I actually wrote this piece some time ago. It was quickly accepted by Pete Crowther who said it was probably the best story I'd submitted to Postscripts, however it's taken a while to get published and my memory of how it was written is a little hazy. However, I do know that I found the title written on the back of a recipe pinned to our corkboard, and that title has been claimed as an idea by my partner. I also remember the story sprang from the title alone.

"The Aniseed Gumball Kid" tells the story of an office worker who has become estranged from his family, who clings to a halcyon vision of reality which doesn't match the situation he is actually in, and who becomes obsessed by a kid he views at a gumball machine through this office window. The kid becomes a representation of everything he wants to be. That's it in a nutshell, but it's also much more nuanced than this. There's a lot of typical office politics, how reality in any office is a self-contained world confirming to it's own rules, and about how loneliness can affect the mind. Here's a bit of it:

Sandford had worked in a handful of offices during his life. None of which were remarkable, either through the nature of the work or the workers themselves. In his new office he realised quickly how the staff fell into stereotypes: the dumb blonde, the surprisingly clever blonde, the SF nerd, the fat guy with glasses who blinked too rapidly, the married woman on the verge of having an affair, the token ethnic, the knowledgeable female, the motherly female, the unattractive temp, the chummy boss, the avoidable boss, the workmate who thought you liked him and who considered himself a friend but who you would never see socially. And so it went on.

Over his spiced chicken wrap - he no longer bought fish paste sandwiches - Sandford catalogued his fellow workers and found each correlated with an identikit counterpart in a previous office. Beryl was Carolyn was Cynthia. Wayne was Dwayne was Shawn. Emma was Sharon was Melissa. Raj was Raj was Raj. From this only one deduction could be made: his brain held a finite template of stereotypes from which to draw new people. Similar circumstances created similar people. The more he toyed with the idea the more he decided to believe that was true. And the more he believed it was true, the more it became true. 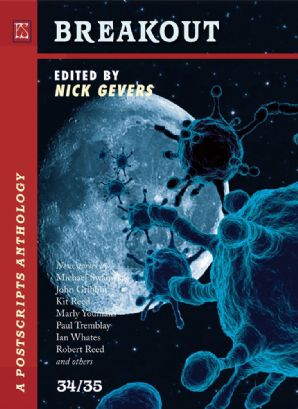