My short story, "Tiny Iris", has recently been published in the anthology, Slave Stories: Scenes From The Slave State edited by Chris Kelso for Omnium Gatherum. As usual I'm blogging about the genesis of the story and there may be spoilers. The book is a shared world anthology. The Slave State is a place located in the 4th dimension, a place where humans are forced to work extracting inessential minerals from mining enclaves until the end of their lives...

Chris approached me for a story for the anthology and I agreed to participate if I found something suitable. Whilst I do often write for themed anthologies, I've rarely done so for shared worlds and I wasn't quite sure whether it would be something I would go for. As it happened, when Chris emailed over the guidelines and other works written within the slave state mythos so I could get a feel for the subject, his email header stated 'stories for hank'. This got me thinking about Henry "Hank" Chinaski, the alter ego of the American writer Charles Bukowski, and I realised that Bukowski's gritty novels such as "Post Office" where individuals live disparate lives walking a tightrope between existence and desolation whilst working mundane jobs weren't a million miles away from the Slave State situation. As it happened, that email header had nothing to do with the book (Chris had forwarded something without changing a previous header), but serendipity led me to my story.

I'd had "Tiny Iris" as a title for a while, without knowing what it would relate to. Somehow it felt right for this piece, and the whole thing was written in a few hours from the title, the Bukowski vibe, and the slave state mythos I had read. I wrote "Tiny Iris" whilst listening to "Big Calm" by Morcheeba on repeat.

In Ersatz you needed to keep yourself to yourself, not deviate from your expected persona. Any diffraction was an aberration. Before you knew it you'd be transferred to the mining enclaves, pointlessly digging out nothing of any importance until the day you died. At least in the post office you could consider you had purpose. Not that Hank ever knew anyone who had actually received a letter. When he started on the mail run he only delivered to derelict properties. 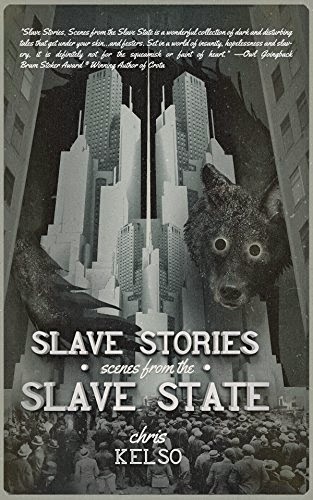