Blood For Your Mother

My short story, "Blood For Your Mother", has recently been published in Black Static #48, and as usual I'm blogging a few words as to how the story came about. There will be spoilers for those who have yet to read it.

In this instance, the gestation of the story is a little difficult to remember. As always I start with a title. I 'think' Blood For Your Mother was a line which I pulled from a conversation completely out of context to how it was eventually used. Having had the title I then needed a story to fit it. The obvious choice would have been a vampire story, but I rarely write those and in any event the 'obvious choice' is a choice I rarely choose to make. I found myself considering the word 'mother' which by implication leads to a child which in turn implies pregnancy. What if the mother in my story came to crave blood during pregnancy - as some females crave coal, ice-cream, gherkins, etc - and what if following that pregnancy the craving failed to stop? What if the child became estranged through the parents need to protect it? What if the child felt rejected and unloved? How might she feel forty years hence?

Add to that a Kafkaesque-mutation situation and you have a piece which mixes a dying father, childhood trauma, family estrangement, redemption, resentment and coming to terms with even the strangest of realities. 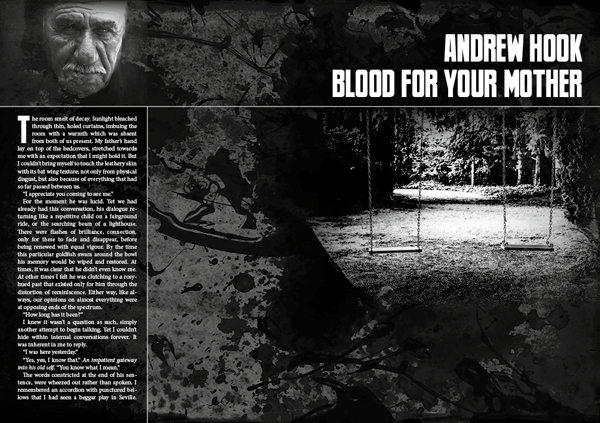 Here's a bit of it: I look at the toilet and then at the wall opposite. When I was a child of a certain height, sitting on the toilet led my gaze to that wall, where, in a whorl combined of too thickly applied paint and indentations in the plaster I had discerned a face that I sometimes spoke to. A placebo of a God that I knew didn't exist, but which alleviated my complete belief in the unknown that I had always found such a crushing burden. Latterly I came to understand what pareidolia meant, but even so it remained a comfort. I sat on the toilet now, and angled my body to child-size in an attempt to see it again, but either my grown-up stature made it impossible or the re-painting of the bathroom had obliterated its traces. After a while I returned up the stairs, slowly and heavily, to the face that I couldn't avoid.

"Blood For Your Mother" was written in one sitting whilst listening to Bjork's "Vespertine" album on repeat. 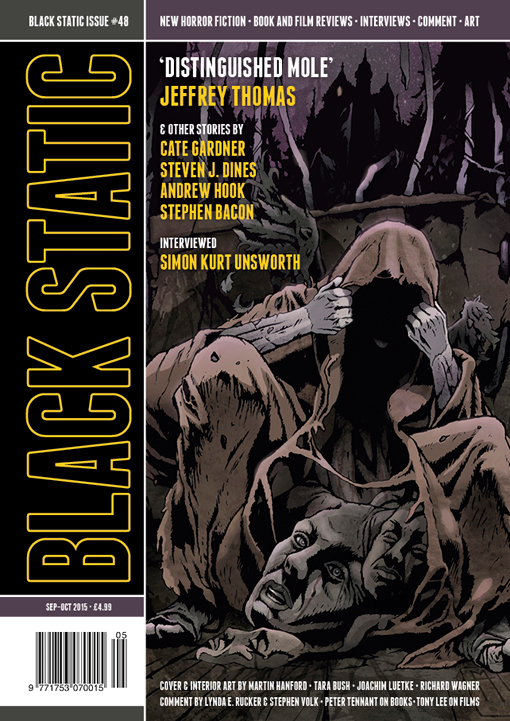