The Frequency of Existence

My short story, "The Frequency of Existence", has recently been published in Black Static #45 and as usual I'm blogging about the gestation of that story. There may be spoilers for those who have yet to read it.

This piece is a curious one for me as I can't quite remember how it came about. I know I 'found' the title whilst flicking through a library reference book in one of my day jobs, seeing the phrase, and jotting it down. I remember deciding on the name Valerie at random when writing the first paragraph and then remembering Valerie Solanas (who had attempted to kill Andy Warhol) and then extrapolating that character into my character's life as I continued writing. I remember being interested in flicker books and the spaces in between, and the idea of a flicker book (or series of photographs) depicting the frequency of existence. But this is one of those pieces whose story develops as it is being written, where I had no plot in mind and only afterwards I can see it was about the fractal nature of relationships and how we grant some moments in life a power and potency which they may not, in fact, have. How we linger over broken relationships and find it difficult to move on.

Re-reading it for edits just before publication and then again following publication I've found that this story - which I can barely remember writing - actually packs an incredible emotional punch for me. When writing short fiction - which is usually fiction centred around one idea - I think the main aim is to do that idea justice. In this story, I genuinely think I nailed it. 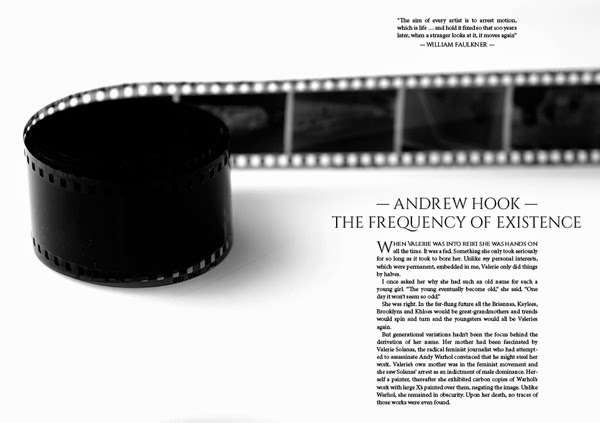 I once set up the camera on a tripod and took repeated images of us making love by pressing a rubber bulb, yet the pull of the mechanism had altered the angle and when the images were developed they depicted only a wooden headboard over which shadows merged and reformed on a dirty white wall. It was my best work.

Normally I make a note of what music I play on repeat whilst writing a story, but in this instance I haven't done so. Incidentally, this year I've been creating a separate blog with the hope of posting one photograph a day (a 365-photo project). I've also titled that The Frequency of Existence. 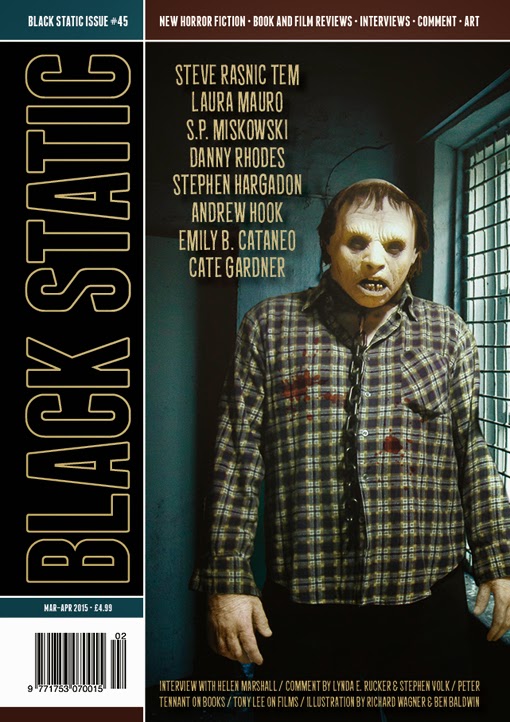