Well, it's that time of the year when everyone is doing their 'best and worst of' lists, so here is mine. I'm going to list the books and movies I read/watched in 2013 and then pick my favourites. This isn't restricted to what was new in 2013, but what I actually watched and read - some of these items might be very old indeed.

I find it quite an interesting list. I read a lot more books this year than last year, partly because of more opportunity to read at work now the TV has gone but also because I discovered graphic novels! Definitely the worst of the bunch was Saramago's "Death At Intervals" which I loathed with passion. Megan Abbott's "Die A Little" almost made my top three. Nabokov's story collection was fantastic in places, yet trifling in others.

In reverse order, these are my top three: 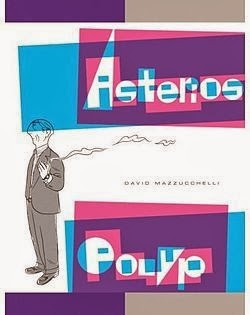 The first graphic novel that I've ever read, and one which made me realise that the emphasis is on novel just as much as it is on graphic. Intelligent, engaging, and I cried at the end.

"The Tunnel" by Ernesto Sabato 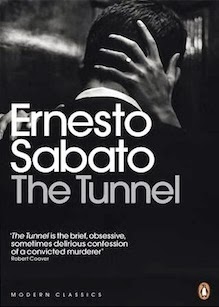 An extraordinary book which is a deceptively simple yet utterly compelling account of obsessive love. Not a word is wasted in this short novel. A story which anyone who has ever been in love can relate to. I know I could. 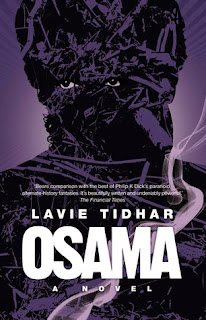 Sheer genius. There's so much to admire in this book: it's audacity and its subtlety, the exceptional high quality of the prose and the dreamlike style, the overall plot and the succinctness of its engagement. Also, it made me jealous. This is the novel I should have written! It's absolutely perfect.


The Imposter
, 31 August
Midnight in
The Silence
Detachment
Django Unchained
Usual Suspects
Santa Sangre
Nostalgia for the Light
Woyzeck
Fiend without a Face
Corpo Celeste
Children's Hour
Gran Casino
Beasts of the Southern Wild
Martha Marcy May Marlene
To with Love
Death Proof
I Heart Huckabees
Tout Va Bien
Drive
El Topo
The Master
The Wasp Woman
Invaders From Mars
Phantom Planet
Holy Motors
Amour
Broken
Tsosti
The Incident
Night of the Hunter
Whip It
La Maman et la Putain
Rust and Bone
Fishtank
Cabin in the Woods
and Rita
The Place Beyond the Pines
La Passion de Jeanne d'Arc
The Hunt
The Prestige
We Are What We Are
Beyond the Hills
Ginger & Rosa
Nosferatu
Surviving Life
Like Someone in Love
to
Maria Full of Grace

Interesting to see the impact having a child has on movie watching. Last year I saw 93 films, this year it's 53. Whilst our baby was born in May 2012 her sleep patterns now mean it's often past 9pm by the time I'm even thinking of sitting down and movies are pushed aside through tiredness. This year it's been very hard thinking of my top three because - like last year - I'm discounting movies I've previously watched. So, the wonderful and heartbreaking "Children's Hour", which is one of my favourite films ever, can't be included, nor can the notoriously wacky "El Topo" (which I was fortunate enough to see on the big screen this year), or the wondrously perfect "The Prestige" which was even better second time around and can't be faulted.
Coming close are "Beasts of the Southern Wild" which would probably be in my partner's top three, "Moonrise Kingdom" because whilst I loved it it was no more than I expected it to be, "Drive" because it worked on it's own terms, "The Master" with a great performance from Philip Seymour Hoffman, and "Like Someone In Love" which oozed style over - but not to the detriment of - substance.
Again, in reverse order, my top three:
"La Maman et le Putain" - Jean Eustache 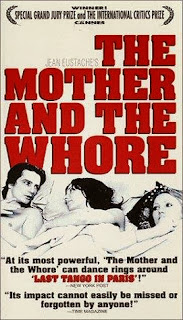 I can't deny this was a slog at times. It had been recorded for me and I hadn't realised the duration (215 minutes) so after an hour I kept expecting it to finish in 30 minutes every 10 minutes. Yet it's a veritable feast of end-of-New-Wave French Cinema which led to two separate story ideas, so in terms of influence it deserves this placing and is well worth a watch.
"La Passion de Jeanne d'Arc" - Carl Theodor Dreyer 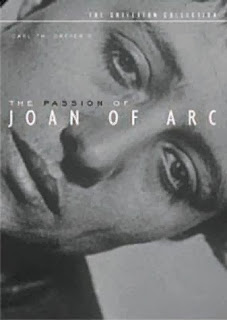 Like "El Topo" and also "Nosferatu" I was lucky enough to be able to see this on the big(gish) screen at my local arthouse cinema, and it definitely benefited from this experience. A searing classic with an intense and brilliant central performance from Maria Falconetti, this German silent movie of 1928 by Carl Dreyer is haunting, heartbreaking, and ultimately devastating.
And the winner is...
"Django Unchained" - Quentin Tarantino 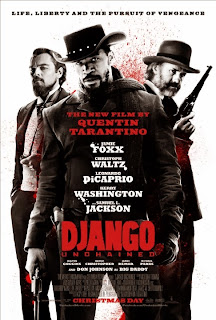 What's not to love about this movie? It has everything you would expect from Tarantino and is so lovingly, stylishly, and beautifully put together that it's a perfect box which puts Hollywood blockbuster pap to shame. I'd hoped this would feature high on my 2013 list and wasn't disappointed. Tarantino knows what makes film tick, which is why I regard him so highly as a director and this is what makes his films so delicious.
Predictions for 2014? I'm hoping Lars von Trier's "Nymphomaniac" will be as perfect as "Melancholia" and "Antichrist".
Posted by Andrew Hook at 16:31