Labels can be useful tools. Certain consumers like them because they need to be told what it is they should be buying, just in case they end up with something different. Certain consumers have a fear of buying something different, particularly if that something might be other than mainstream. Other consumers are more eclectic, but even those who like art that might be considered 'underground' still have very definite parameters for what it is they should be buying. Our consumer culture is restricted by compartmentalisation, and if - like me - you tend to work in the underground that's beneath the underground, then actually selling product to the right people can be quite difficult. Particularly when they don't know what they're looking for. 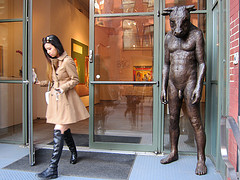 As a writer, most of my short stories fall into 'slipstream'. I didn't set out to write slipstream. I simply wrote, and it turned out later that around the same time I started to write there were quite a few writers writing similar stories which they were classing as slipstream. This is an important point. I didn't set out to write slipstream or become defined by it - it just happened to be similar to what I was already writing. And because it's such a catch-all definition, I'm happy to call myself a slipstream writer for those readers who are underground the underground and who might just pick up a book of mine because of it.

This brings us onto Irrealism. When my partner, Sophie, wanted to start a magazine she knew what kind of material she didn't want, but it was harder to define what she did want. Some writers need to be told what to write in order that they can submit something to a magazine, and not having a definite guideline makes it hard for them. I'm sure she would prefer writers who didn't try and write for the magazine, but those who might write something and then find the magazine and realise that it was perfect for them, but in any event she attempted to define some guidelines and found a certain percent of writers understood them and others didn't (and several who wouldn't have done, however specific they might have been, because they don't really read them). 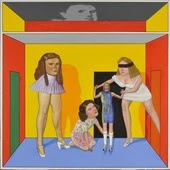 She's good with words, in my opinion. With a view to promoting Fur-Lined Ghettos at an event in Norwich recently she came up with the phrase: "irreality is deafening".

Now, as it turns out, whilst she had no idea what irrealism might be - or even that it actually existed because she had plucked the word from the air - there was suddenly a 'slipstream' moment when she googled the term and realised it was exactly the kind of thing she was looking to publish in the magazine. 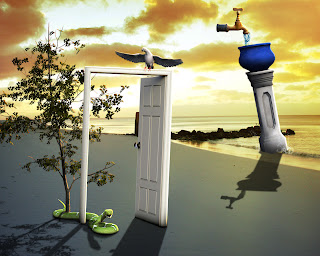 From wiki: 'an estrangement from our generally accepted sense of reality' and also forms of writing which can only 'offer particular versions of reality rather than actual descriptions of it'. My understanding of this tends to be a little nebulous. But in art, for example, I would suggest that a painting of a house isn't actually a house. Just as a description of a house isn't a house. This difference, to me, represents irreality. This dichotomy between what is and what isn't tends to be what she is looking to put in the magazine. Wiki suggests this includes writers such as Kafka, Borges and Donald Barthelme, and painters such as Rene Magritte. Again, these authors might well have written material which she would have taken for Fur-Lined Ghettos. Assuming they read our submission guidelines.

But not exclusively of course. Because whilst Fur-Lined Ghettos might now embrace irrealism, it doesn't seek to be defined by it. 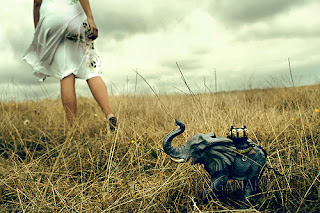 For the moment, however, irrealism is our new catchword. Buy a copy of Fur-Lined Ghettos or submit a piece of writing to us, now that you - as a consumer - know what it is she is publishing.

Incidentally, I have peppered this blog post with images found by putting 'irrealism' in a google image search. No admissions are made as to their validity. 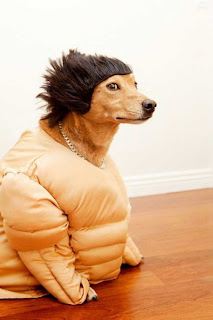