From Book to Film

I recently read "Rosemary's Baby" by Ira Levin and thoroughly enjoyed it. Having already seen the movie adaptation directed by Roman Polanski several times I was struck by how exactly Polanksi had followed the book. In fact, it felt more that I was remembering the book rather than reading it. The adherence to the story, dialogue, indeed every element, was incredible. A perfect adaptation, some might feel. Indeed, Polanski was such a stickler for detail that Ira Levin later claimed he had been telephoned by the director to ask which issue of the New Yorker a character had been reading which featured an advert for a shirt as Polanksi wanted to ensure he could use the same edition in the film! 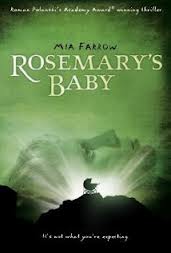 It got me to thinking about other books I had read which have been adapted into movies. Which of those I thought were successful, and which less so. And why this might be the case. So, here's a few examples that came to mind.

I love the Japanese writer Haruki Murakami, whose blending of fantasy and reality strikes me as very slipstream (the core of my own fiction). "Norwegian Wood" is one of my favourite books that I've read, and I feel the movie adaptation directed by Tran Anh Hung captures the mood of the novel exceptionally well. It's not a scene by scene 're-make' as was "Rosemary's Baby", but the essence of the novel is translated finely to the screen. Both book and film are highly recommended. 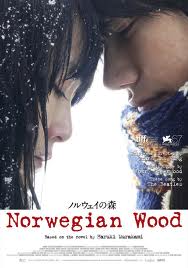 Less successful is the adaptation of "The Time Traveller's Wife" by Audrey Niffenegger. The book is sublime. I picked it up without any expectation of thinking I would enjoy it, and was swept away. The ending is perfect - a logical summation of everything the book was leading up to and manages to be honest, terrifying, and beautiful simultaneously. The movie, however, compacts the story into confusion; and totally trashes the ending of the novel to the extent that I couldn't help but loudly declaim it as I left the cinema. I realise a movie doesn't have to religiously follow a novel's plot for it to be successful or for it to work on it's own terms, but a blatant disregard for the source material smacks of commercialism over artistry. If you've read the book, avoid the movie at all costs. If you've seen the movie, please read the book. 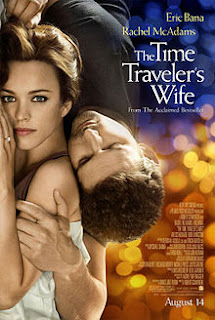 Unlike the above movie, where the thickness of the book might have required a restricted storyline for the length of the movie, "Where The Wild Things Are" takes its source material from the thin children's picture book by Maurice Sendak. The movie, however, whilst inevitably adding to the story, doesn't detract from the overall feeling of the book - it expands on it in such a way which doesn't trash the source material and also manages to avoid seemingly unnecessary material that might be the norm for such a 'padding'. Instead, we have a delightful, fantastical, at times sinister adaptation of a delightful, fantastical, and sinister story. Each succeed in their own right. 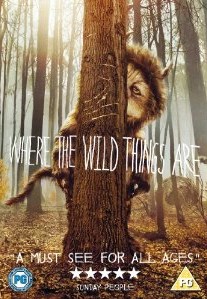 Adapting short children's books to film is fraught with pitfalls. I can barely type due to anger at the train wrecks of Dr Seuss adaptations: especially "The Grinch" (with it's totally unnecessary back story depicting the 'reason' for the Grinch's behaviour), and the even more intolerable "Cat In The Hat". Roald Dahl's "Charlie and the Chocolate Factory" has also had a couple of mixed attempts to translate to the big screen. The 1971 version featuring Gene Wilder as Willy Wonka is by far my favourite, even though the squirrels were replaced by geese (presumably geese being easier to direct in the years before CGI), and whilst the Johnny Depp Wonka is in some ways more faithful to the book, again, an unnecessary 'explanation' for his eccentricity serves only to annoy rather than compliment the novel. 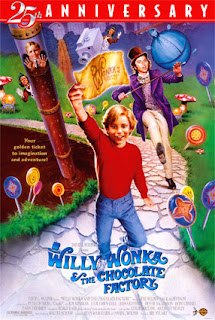 Definitely not a children's book, I'm going to conclude with "American Psycho" by Bret Easton Ellis. Whereas the film adaptation stuns with explicitness and bravery (and to my surprise, and perhaps shame, I found it unusual to be directed by a woman - not given the subject material, but the treatment. Although noting that Mary Harron was the first journalist to interview the Sex Pistols in the US I realise I shouldn't make these misogynistic statements!), the novel is much more detailed and graphic than would have been acceptable on celluloid. I guess another blog post might be worthwhile to consider the difference between the visual and the written word in terms of explicitly violent or sexual material, whether it's best for images to be contained within the head of the reader or emblazoned on the silver screen, but in relation to this specific post I feel the adaptation of "American Psycho" doesn't detract from the material left within the book, but stands as a great movie in its own right. 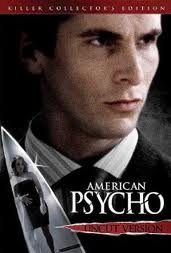