I love this time of the year, when the leaves go all colourful and we get pristine blue skies and cool mornings. Recently we spent a long weekend in the Peak District - one of my favourite places in the UK - and whilst the blue skies stayed away we still had a good time. There's always something new to see there, and this giant 'plughole' in the Lady Bower reservoir took my breath away. I really wanted to descend into its depths! 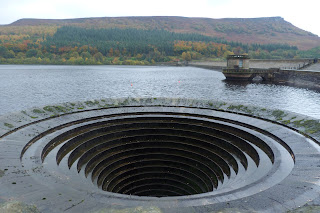 Images such as this can often provide ideas for stories. I've written a new short this month which was inspired by Las Isla de las Munecas in Mexico. I won't go into the details of either the story or the island (there's plenty of articles on the internet to google if you're interested), but here's one of the more interesting photos which influenced my story: 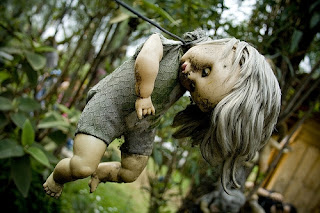 Speaking of stories, I've recently had a short published in "Chiral Mad", titled "The Perfection of Symmetry". The concept of chiralty is something else you should google, because I would make a hamfisted attempt at getting my head around it (although I might make a more detailed blog post about how my story came about sometime later this week). In any event, the book is a beautiful product, and contains stories by Jack Ketchum, Gary Braunbeck, Gary McMahon, Ian Shoebridge and many many others. And apart from it being a good looking anthology it also deserves your support because all proceeds go to Downs Syndrome charities. You can buy it here. 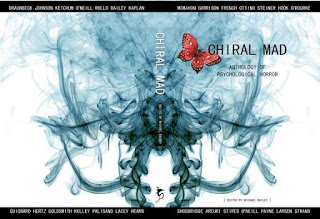 Hopefully the book will garner some good reviews. And speaking of reviews, my 2011 short story collection, "Nitrospective", has been recently reviewed over at the Dundee University Review of the Arts. All reviews are subjective, of course, and this one is a bit mixed. However I can't complain at "The slant towards existentialist themes, suggest a more contemporary re-telling of the ideals of Camus or Sartre." Not bad for a genre anthology! 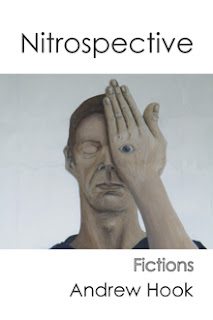 And finally, I was pleased to be one of the guests at the inaugral Horror In The East event in Lowestoft last Saturday. It was a small, one day convention, and for a while it seemed that the number of guest authors might be greater than the number of attendees; but ultimately it was quality not quantity which prevailed, and those who did attend were the interested book-buying crowd that all authors dream of. It was also the chance to chat to Conrad Williams and Joseph D'Lacey who I haven't seen for a while, as well as the others who I hadn't met before. David Moody proved fascinating about his experiences in self-publishing and publishing, and the panel I sat on titled "What Is Horror?" gave some eclectic answers to that question. The motley crew of attending authors is below (photo courtesy of Adam Millard). 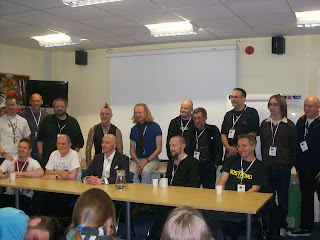