To e Or Not To e: The Paper VS E-Book Debate

I've slipped blogging for a few weeks due to novel writing, freelance proofreading and typesetting, short story writing, family stuff, and the day job, but it's time for me to air a few views (and also promote some of my stuff) on the e-book versus paper book argument.

As I type this I realise the importance of the 'versus'. Of course, it doesn't have to be one or the other. There doesn't have to be a winner. And I guess it comes down to personal preference. For me, there's nothing quite like having a physical book in my hands or seeing the range of books (both read and unread) on my shelves. Imagine walking into a bookstore which is simply a row of PC's where you plug in a device to make a purchase. No thank you. This doesn't make me a luddite, but it does raise questions in my mind as to how books are viewed as objects when they are just pixels on a screen. Do they have the same worth?

I'm raising the question now, as the publishers of my 2009 novella, "And God Created Zombies", have now made it available on Amazon's Kindle (at an initial price of only £1.53). BUY IT NOW! 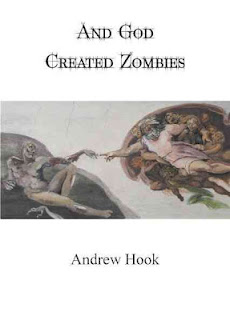 For a publisher, it's easy money of course. Very little work has to be done to convert print-ready text to an e-book version. Nowadays books begin life as a digital file in any event. It's also a useful way to keep books available once they're 'out of print'. As another example, when I ran Elastic Press we published the award winning collection of short stories, "The Turing Test", by Chris Beckett. Winning an award made an immense difference to sales, and a few months ago the author uploaded a version to Kindle which is selling a steady amount of extra copies a month. All money in the bank. BUY IT NOW! 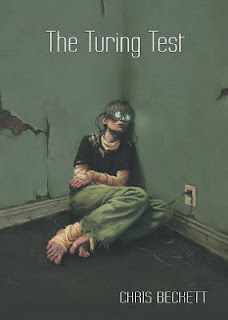 Yet, as I said above, I do wonder what value is placed on books that you can't physically see. And the obvious parallel here is with music. When I started buying music from age 11 upwards back in the 70s the choice was either vinyl or cassette. Vinyl was dominant, of course, and I retain a large collection of albums which - to be honest - I can no longer play! However, I cherished that music: ensured I played the tracks in the order they were meant to be played, and enjoyed reading the lyrics and inner sleeve notes. There were always subtle differences to both sides of the record. The final track on both sides, being a closer to that side, were selected to be played in that order accordingly. CDs changed this, of course, as there is only one side to a disc. MP3s have changed it totally. My 13yr old daughter has but a handful of CD's. Most of the music she listens to is on YouTube. She has rarely listened to an album all the way through - rarely savoured an album all the way through. It feels to me that music has been taken out of context (certainly out of my context), and I'm sure the same will happen to books, such as my 2010 novella, "Ponthe Oldenguine. BUY IT NOW! 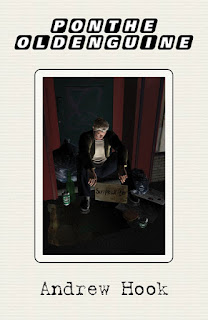 Unlimited access to music or books - particularly where a physical product isn't involved and often where it might be free or heavily discounted - surely undermines the value attributed by the owner to the product? I can't argue that if someone would buy an e-book but wouldn't buy a physical book then that is anything but a good thing. I understand how people have said they can downsize their property because all their books are now on one electronic item. I get it. But isn't it just better to hold a physical book, better to turn pages, better to get an indication of where you are in the book as you move from front to back, better even, to drop a physical book accidentally in the bath. Aren't they just better? Aren't they?

Well, as I said at the start of the blog, I guess the main thing is that there isn't necessarily a "versus". Recent reports have indicated that whilst e-book sales are soaring (up 188%), physical book sales have been unaffected. For publishers and writers - should this trend remain - it can only be a win/win situation. And I suppose if some e-book devotees are happily putting all their previously phyiscal books into second-hand and charity shops, then that's win/win for us hard core paper devotees too.
Posted by Andrew Hook at 16:45