What do we want to achieve when we create something artistic? I'm just starting to write a new novel and I have a vision of where I want it to go, who I want to market it to, and a desperate hope that I might actually make some money from it. But apart from all that, what I really want is to do justice to the original idea. The idea is key: it's the portal to creativity. And if I finish the novel - and even sell it - without having satisfied myself that I've done the best that I can, then I will have failed - no matter how critically or commercially successful or unsuccesful it might be.

This begs the question: why does so much mediocre work exist? Whether it's fiction, movies, music, or art. None of its creators begins with that intention, with that goal in mind, I'm sure of that.

Of course, appreciation of any art is subjective, but I thought I'd share a couple of recent examples where the words "Nothing Remarkable" - about as damning as "Competent" when it comes to Art - could be applied from my own humble opinion.

First up, I'm sorry to say, is the new album from ex-Stranglers frontman, Hugh Cornwell. 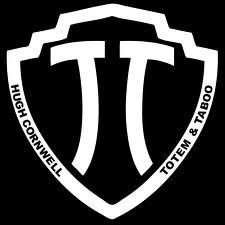 As has probably been evident from a few of these posts, I'm an old punk and have always been a Stranglers fan. Importantly, I don't blame Hugh Cornwell for leaving the band when he did (others think otherwise). Both sides have gone on to produce some great albums (The Stranglers with "In The Night" and "Suite XVI" and Hugh with "Guilty" and "Hooverdam" for example). But the latest album from Hugh, despite a few interesting songs, is just...well...just another album. The music is inadventurous (rather plodding, unlike "Philip K Ridiculous" or "Irate Caterpillar" for example), the lyrical wordplay so pleasing from solo songs such as "Within You Or Without You" is largely lacking, and the middle section of the album ("Bad Vibrations", "God Is A Woman", and "Love Me Slender") is void of new ideas and/or is clumsy musically, lyrically and vocally. There are some good tracks: "I Want One Of Those" is a deadpan account of consumer culture, and the closer "In The Dead of Night" at least exhibits some creative lyrics ('a swarm of blinded men take turns to photograph their plight in the dead of night'). Yet overall, it's nothing remarkable. And certainly that song isn't the long classic album closure similar to The Stranglers' "Down In The Sewer" or "Too Precious" as some reviews have intimated. The style and tone are a little 60s garage in style, and it's difficult to believe any new fans will created from this work. 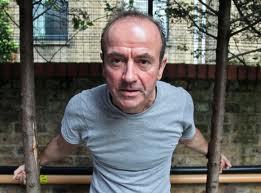 I'm sure this isn't a reaction Hugh would have wanted. I give it a grudging 3/5. Neither a positive or a negative. (Just to address the balance, I would also give the most recent Stranglers album - "Giants" - 3/5 for exactly the same reasons whereas for both artists' albums immediately preceding the current one I'd give 5/5). I hope it doesn't disappoint him.

Now, onto a movie. I watched "Margaret" recently. An obviously art-house style film which charts a teenager's descent into banality chaos following her inadvertently causing the death of a woman in a bus accident (she is running beside the bus, distracting the driver, at the time of the accident). The movie is 150 minutes long (180 if you're unfortunate enough to be watching the extended cut, as we were), and, for the most part, is utterly uninteresting. 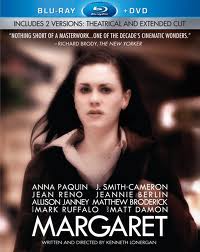 All the elements of a good social drama are there: absent father, mostly absent mother, annoying teenager on the cusp of everything, death, morality, cause and effect, guilt, but despite it's obvious attempts to be high-brow there is nothing which grabs the viewer by the throat and demands our attention. Yet, simultaneously, I kept watching. For the entire three hours. Now, some movies make you cheer at the end, others make you swear, but when this finished my first thought was "Oh, now we can finally go to bed then." Not the best reaction to a piece of art in my opinion. It was - quite simply - nothing remarkable. 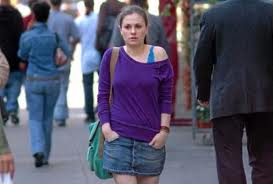 Maybe the problem was with dialogue. If Lisa (note, the main character is not Margaret - watch the film to find out why it's called thus) was a bit more sympathetic, or even empathetic - it would help, but so would have the writer not giving the character ridiculous non-17yr old sentences to spew. Despite it's obvious desire to anchor in our reality, her dialogue rarely did any such thing. It was all so New York upper middle class. Even her descent into 'depravity' was middle class - a little bit of drugs, some swearing, losing her virginity to a bozo and then also having sex with a teacher, having an abortion. It was so mundane it made me want to...well, do nothing: not shout, cry, get excited, annoyed. Just...well...bleurgh. I'm positive this was not the writer's intention: but something obviously went wrong during the execution of the creative process. Others will disagree.

Banality, then. How can it be avoided? Is it an issue with the original idea, the execution, or the reception? Of course, I can't pretend I knock out perfect fiction everytime I write. And views on my work are just as subjective as with anything else. But - dear god - please never let me be bland. I crave some kind of reaction. Although - I suppose - even at the bottom line - "Nothing Remarkable" is better than nothing at all.
Posted by Andrew Hook at 10:34