The Perfection of Symmetry

I've decided to write a blog post each time I have something published in order to say a few words about the genesis of the story. In this instance, the story is "The Perfection of Symmetry", recently published in the charity anthology, Chiral Mad. 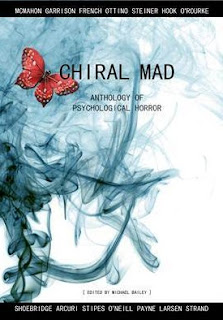 I'd seen the guidelines for the anthology online and so in this instance my story was written specifically for the book, with the hope that the editor would find it met their requirements. Sometimes a theme can straightjacket a story, sometimes it makes it fly with inspiration. In this instance, it was actually quite tricky getting my head around the anthology's concept. Each story had to be connected with the subject of chiralty. What is chiralty? Here's wikipedia's take on it:

An object or a system is chiral if it is not identical to its mirror image, that is, it cannot be superposed onto it. A chiral object and its mirror image are called enantiomorphs (Greek opposite forms) or, when referring to molecules, enantiomers. A non-chiral object is called achiral (sometimes also amphichiral) and can be superposed on its mirror image. The term was first used by Lord Kelvin in an address in 1904. In a lecture given in Johns Hopkins University on "Molecular Dynamics and the Wave Theory of Light" he stated:


I call any geometrical figure, or group of points, 'chiral', and say that it has chirality if its image in a plane mirror, ideally realized, cannot be brought to coincide with itself

So, that's clear. Right? Well, it took me a while too. Anyway, I decided to think around the concept of symmetry, and coincidentally this story was running at the time. 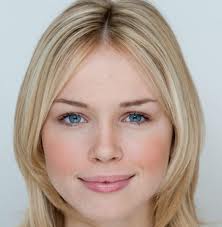 From that moment, the story 'wrote itself'. My character, Vermillion Chandler, is 100% symmetrical and her entire career depends on that remaining so. Naturally, she gets a little paranoid, and eventually - without giving away too many spoilers - she tips over the edge when it appears that perfection has become flawed. As well as a horror story, it also works in some themes about our culture's obsessions with 'perfection', the nature of celebrity, and what it is to be an individual.

Chiral Mad contains some great authors (including Jack Ketchum, Gary A Braunbeck, Gary McMahon, Ian Shoebridge, John Palisano and many others), and all profits from this book go to Downs syndrome charities. I'd suggest buying a copy, now.
Posted by Andrew Hook at 13:09