All That Dead Beauty

My short story titled "All That Dead Beauty" has just been published in the anthology, Shadows On The Hillside , edited by Storm Constantine, and as usual I'm writing a few words discussing how the story came to be written. There may be spoilers within.

The brief for the anthology was for explorations of the interaction between the natural landscape and mankind, on ways in which the ancient prefigures and imposes upon the modern. Quite obviously, Earth has been around far longer than we have, and has seen much that we haven't. I believe Storm was seeking stories that examined that intersection, where olden things might push at the boundaries of our existence, and exert forces quite possibly at odds with us.

I always try to seek a different angle when presented with guidelines, not simply to be obtuse (pun intended), but to switch things around a bit so that my story might be less like other contenders but also because I find that switch more interesting. So I thought, what if the outside were to come inside? What if someone wanted to slough off their rural background by living in the city, but that background followed them. What if they are spurred to remember the countryside, and cultivate it indoors. What if I pushed that to a natural - logical - conclusion?

I'd had the title "All That Dead Beauty" knocking around for some time and it seemed to fit. I had also seen the Polish film, "Spoor", which was adapted from the novel "Drive Your Plow Over The Bones Of The Dead" by Olga Tokarczuk. The film, with its agricultural landscapes, seemed to feed into the vibe of my story, and I included this as a catalyst for the main character's conversion. I had also been listening to the band, Snapped Ankles, whose music is described as channelling forests of a pagan past, and mention of them and their log synthesisers also found its way into the tale.

Having collated the stories for the anthology, Storm Constantine unfortunately passed away before publication. As the book has only just been published I've yet to read it, of course, but I feel it will be a fitting sign-off for someone to whom the natural environment and the arcane played such important roles. 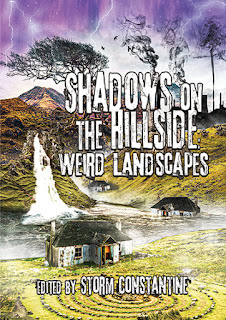 Here's an extract: Waking the following morning Blake walked barefoot to the window, chippings sticking to the soles of his feet. As he watched the sunrise pick out each and every windowpane, he imagined taking the chippings and using wood glue to adhere them to his skin, covering each bare space until he became the opposite of Tetsuo, The Iron Man, until he was transformed into a creature born of forest and flesh, until buds began shooting from his fingertips, until his gait became wooden in more ways than one.

I usually listen to music when writing a short story, but in this instance I wrote whilst playing birdsong from YouTube on a loop. 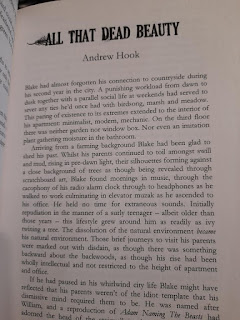