O For Obscurity, Or, The Story Of N

My next book, "O For Obscurity, Or, The Story Of N", has just been announced for pre-sale over at Psychofon Records. Publication sees the culmination of a long journey for this title, which began when I discovered an encrypted diary page written by The Mysterious N Senada when I was at a London television studio researching my novella, "Ponthe Oldenguine", back in 2009, and then subsequently the discovery of the full diary by the San Francisco avant-garde collective known as The Residents whilst they were uncovering material for their pREServed CD retrospective issued through Cherry Red Records. The code in which the diary is written took a while to fathom, until I recognised it employed many of the tricks used by Numbers Stations, but the less said about conspiracy theories the better. 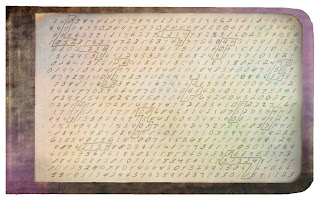 For those unfamiliar, N Senada was a Bavarian musician whose work influenced the early music of The Residents. Working from the encrypted diaries, I've managed to piece together Senada’s life from its beginnings in the Bavarian forest to his death in a nondescript hotel room. Focusing on the creative development of his magnum opus, "Pollex Christi", whilst also illuminating the inspiration behind The Residents' “Eskimo” album, the resulting work is a unique insight into the mind of the man and his Theories of Obscurity and Phonetic Organisation. 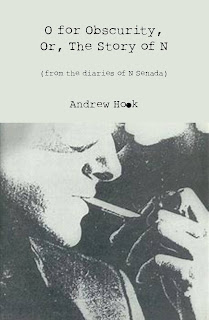 The small leather notebook, wrapped in sealskin and rawhide, with the letter "N" embossed upon its cover, is a major musical artefact, for which I am privileged to bring to life through my interpretation of its contents. My thanks to Homer Flynn of the Cryptic Corporation for his positive involvement in the project and for The Residents for allowing me to work with this material. Special thanks also for Andreas at Psychofon Records for agreeing to pair the book with a limited edition run of "Pollex Christi" as performed by The Residents in a package which is as beautiful as it is intriguing. 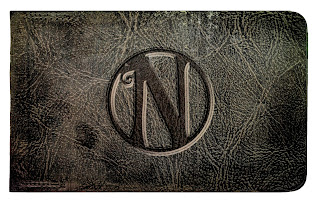 I might never have begun this book if I hadn't already been aware of The Residents, and therefore realised the significance of the extract I had unearthed. And if it wasn't for the following NME feature which intrigued me at the tender age of fourteen I might never have discovered them in the first place. 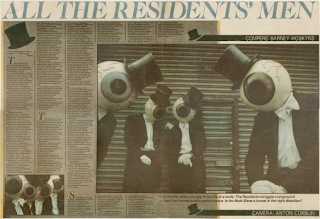 The sleeve notes referencing Senada both in "Eskimo" and "Not Available" drew me to this elusive character and I felt a spiritual connection which has been compounded whilst translating these diaries and writing this book. To be associated with Senada and The Residents is something my fourteen-year-old self would never have imagined. I thank providence for pointing them my way. 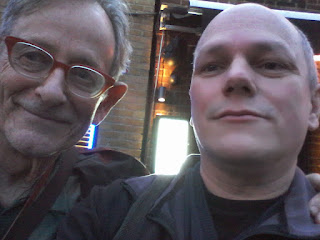 Myself with Homer Flynn of The Cryptic Corporation and the spokesperson for The Residents, London, January 2019

All pre-order information regarding the two different versions of the book/record packaging can be found on the Psychofon Records website, together with a promotional video where I expand on the discovery of the diary page and working on the subsequent translation. Within five hours of the pre-sale, the special edition is almost sold out, so be quick if you want to grab one!

Upon reading the brief journal, one of The Residents recounted the feeling of having rediscovered – and lost – one of his best friends, as the others nodded approvingly – The Cryptic Corporation

Hook’s writing is, of course, sublime, and his portrayal of the mercurial German is both entertaining and surreal. And like Senada, Hook seeks to produce pure art, free from interpolation or distraction, while still being accessible. He (somehow) achieves it. Pure art and a real statement of intent – Chris Kelso, author of The Dissolving Zinc Theater.

Impeccable, especially in the dissection of the spiralling thought processes of the protagonist. A fine piece of work – Andrew Humphrey, author of Alison.