It's not often that four disparate individuals form a band and each holds equal importance to the other. The Stranglers were such a band.

In January 1978 I was ten and a half years old. I had been a punk for some time without really knowing what punk was. I was at the nebulous age where reality was only just starting to coalesce around me and my world view was naive and malformed. Initially it wasn't even clear to me that punk was about music, but I knew it was political because a few of us at school had plans to sneak up behind Margaret Thatcher and pull down her underwear. But that must have been 1979, so memory is challenging me now. What I do know is that one day at school my mate, Mark Dullea (who sadly passed away earlier this year), said: "If you're calling yourself a punk then you need to buy a punk record." That weekend I did.

I went with my mum to the Jarrold's department store in Norwich where she asked the salesgirl if she had five minutes and received a puzzled look, whilst I saw the cover of The Stranglers' "5 Minutes" single beneath the glass counter. The lettering was LED red on a black background. I still go giddy even thinking about it. It would be the first 'proper' record I would buy. 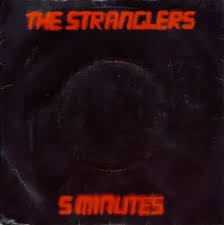 Listening to it for the first time it wasn't then that I became a punk, it was more a realisation that I was a punk. Strangely, it was a homecoming.

"5 Minutes" is a song written by Strangler's bass player, JJ Burnel, about a rape that occured at a shared flat he had once lived in and his frustrations over finding the men who committed the attack. Those lyrics went right over my ten and a half year old head, but I sense the record was dangerous, dark, and sinister. It was unlike anything I'd ever heard and so my Strangers' obsession began.

Of course, Dave Greenfield's keyboards were a unique part of that record, as they were on all The Stranglers' material. There were some who said The Stranglers weren't punk partly because of the swirling keyboards, but punk cannot and shouldn't be defined and is in fact whatever you want it to be (including "Golden Brown", the Greenfield written harpsichord paean to heroin which won an Ivor Novello award). Hugh Cornwell has tweeted "he was the difference between The Stranglers and every other punk band" and this is also true. But then so were the individual members: JJ's brooding, violent basslines, Jet's intelligent drumming, Hugh's almost surgical guitar-playing. This is a band who complemented themselves perfectly. 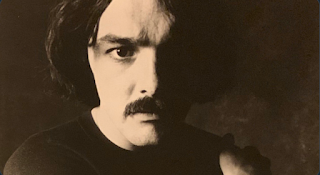 Because of this, it's hard to write an obituary for one individual member when in fact it includes the demise of the whole band. Its the end of an era in a different way to when we lost Mark E Smith, Pete Shelley or Lux Interior. It's almost the collapse of a civilisation.

Of course, Hugh Cornwell left the Stranglers in 1990 (a fact I discovered the morning I went travelling for 18 months, it was almost prophetic: endings and beginnings), but the records remained and so did the other members of the band, going through a few line-up changes with Jet, Dave and JJ constants, until they found another true Strangler, Baz Warne, who solidified the existing reputation and took them on some further excellent journeys. Whilst The Stranglers weren't quite The Stranglers in Hugh's absence, Dave's keyboards were integral in bringing the group forwards, even more so over the last three records where he reverted to a more traditional sound. Songs such as "Relentless" or "Freedom Is Insane" are undeniably classic Stranglers' material. And live they remained superb, getting tighter and more accomplished with every performance.

In Dave's absence, however, it's impossible to imagine the band continuing with only JJ as remaining original touring member (Jet having already retired due to ill health a few years ago). Unlike Hugh who left thirty years ago (!) I can see no drive for a replacement, no 'career path' that needs to be reforged. I had tickets for the band this coming October for a gig which already had been billed as the final tour. I feel robbed that this can no longer happen, that even if JJ & Baz were to continue on a more intimate level the surge of emotion at the start of - and during - every Stranglers gig will never again be felt (just as the feeling is different at a solo Hugh Cornwell gig). As my long-term friend and fellow Stranglers fan, Steven Allen, said last night "such a huge part of our lives has gone".

It seems fitting to end with one of The Strangler's defining songs, "Genetix", a piece which perfectly condensed each band member's skills into a brilliant piece of music which only they could have created. And of course, it's one of those rare occasions where Dave sings. I've chosen this version from a more recent performance without Hugh Cornwell, as Dave features prominently and it simply sounds incredible. At least the music remains.