Today is my birthday. I turn fifty.

I remember when I was twenty-one and joked to my parents that I was then a quarter dead. I don't think they quite got my sense of humour. A quarter sounded about right, eighty-four being an admirable age from the view of a twenty-one year old. But once I hit twenty-five I felt that age seemed more reasonably like a quarter dead, and from then on the magical one hundred became an optimum target.

I can try and kid myself that fifty is halfway, which is a frightening enough thought in itself, but we know it isn't really. One hundred is unlikely. It's much more likely to be that eighty-four, and whilst that's a long way off it still isn't long enough. Factor in general body deterioration (of which - thankfully - there's no obvious concerns at present), and reaching fifty becomes even more depressing. Today feels like the balance has tipped.

I remember when forty used to be considered old. I remember when I heard "fifty is the new forty". Numbers, ay? I remember when age didn't concern me. It doesn't - much - now, but it has been on my mind the past few months. It seems like I'm caught between light and dark. 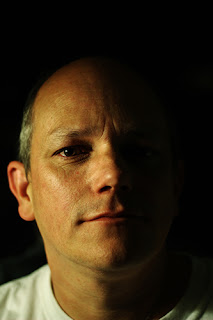 I'm not really grumbling. I have my health. I live reasonably well. I have my family around me. I've succeeded in many of my literary goals. I've read well and watched a lot of movies and will continue to do so. I've loved being alive.

It doesn't matter if many others have gone before reaching fifty, or that many others have had worse lives, or that some are riddled with ill health. None of that matters. What matters is our knowledge that this life is finite. That the second following our birth brings us closer to death.

What do The Flaming Lips say: "Do you realise that everyone you know someday will die".

And Nabokov in "Terror": "At night, in bed, I would abruptly remember I was mortal.  What then took place within my mind was much the same as happens in a huge theatre if the lights suddenly go out, and someone shrilly screams in the swift-winged darkness, and other voices join in, resulting in a blind tempest, with the black thunder of panic growing - until suddenly the lights come on again, and the performance of the play is blandly resumed. Thus would my soul choke for a moment..."

Writing this post has helped to exorcise some of those demons, but regardless of that I'm still on the uncomfortable side of reality.

Of course, Woody Allen said: "I don't want to achieve immortality through my work, I want to achieve it by not dying"; and whilst I agree, at least I have achieved a modicum of immortality through my work, and - realistically speaking - there are many many good years in me yet. As I say, I'm not grumbling, and I'm not particularly depressive. I'm a very upbeat person. I'm really looking forward to those future years, and I hope I live to see all of them.