My short story, "Clusterfuck", has just been published in issue 229 of Ambit magazine, and as usual I'm blogging briefly about how the story came to be written and the ideas behind it. There may be spoilers for those who haven't read it.

I read the story in its entirety at the Ambit London launch earlier this week and it was interesting to note how it was received. It's a potentially contentious piece - a story of sexual obsession from a 19yr old female student's perspective written by myself, a male writer edging into his fifties. There is also a proliferation of profanities and sexualised words. The editors - upon accepting the story - did compliment me on the authenticity of the voice within the piece, which was particularly welcomed as both editors are female and such validation of my protagonist was important to me. Whilst it isn't unusual for me to write from a female perspective, I felt gender was integral to this piece and to know that I got into the head of such a character to the satisfaction of the editors made the acceptance of this piece all the more satisfying. The audience appeared to enjoy it, although I think it probably takes several readings for the nuances to become apparent. It might well be a story which works better on the page.

"Clusterfuck" was suggested as a title by my partner, and once I had it I began researching sexual obsessions, and how I might break down the word within the story for sub-headings. I discovered  erotomania, which is a type of delusional disorder where the affected person believes that another person is in love with him (or her). This seemed a perfect jumping off point for the story. I would go so far as to state that all love is delusional in some way - that we make assumptions that others love us in the same way that we love them which might not be entirely correct. It's the dichotomy between the two which can undermine relationships, although in "Clusterfuck" the delusion is total and the relationships entirely one-sided.

Upon my partner's suggestion I wanted to render the protagonist's fantasies in surrealistic prose. This adds a dream-like unreality to those sections where it is used which are then counterbalanced by the straightforward descriptions of her deluded love in the rest of the piece. Between them, they illustrate her state of mind.

I imagine you and I in surrealistic sexual reverie. The glans of your penis presented within wet muslin. Strands of your beard transform into finger-tendrils which explore my labia as your head is bent to my cunt. I close my legs, pop your head inside with the sound of trodden bladderwrack, caress your penis within the material as your lips mouth devotional love. 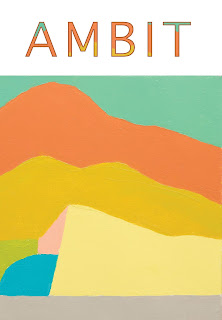 I wrote "Clusterfuck" whilst listening to Blondie's 4(0)-Ever, on repeat.