My short story, "Sarcoline", has just been published over at Great Jones Street and as usual I'm blogging a few words about how the story came into being for those who might be interested. Beware, there might be spoilers.

A few words first about Great Jones Street. This is an App which describes itself as the Netflix of fiction and serves as a depository specifically for short stories. It is a great paying market, so not only are they passionate about the short story from the reader's perspective, but also from the writers. And the App itself is free, so pop along to their site and download it. "Sarcoline" is an original piece of fiction, however you will also find a couple of reprints from myself there too: "Blood For Your Mother" and "Vole Mountain".

Onto the story itself. "Sarcoline" is one of a series of stories I'm writing at the moment which I hope will form part of a new collection regarding Hollywood celebrity deaths of the 1920s through to the 1980s. These stories are told from the viewpoints of the celebrity at the exact moment of their (usually) tragic deaths - the results being kind of alternate autobiographies, fragments of memory, death assimilations, where fact and fiction intertwine as their souls vacate their bodies. In this instance, the story is based on the life and death of the actress, Grace Kelly. The word sarcoline means flesh-coloured, and I felt it resonated with Grace in a way which I could use. 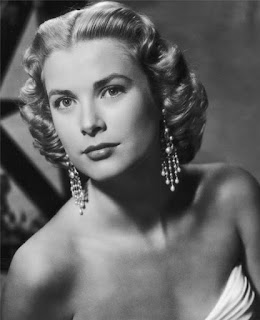 In her room at the Barbizon Hotel for Women she lays diagonally across the bed. The tape recorder squeaks on rewind. She simultaneously presses record and play. Speaks: fairytales tell imaginary stories. Me, I'm a living person. I exist. On the bed beside her lies the script for Strindberg's The Father. She reaches for a pencil and taps it against her teeth. Her legs extend upwards, crossed at the ankle. Within a coffee cup, dregs congeal. This scene is lit by the non-Technicolor glow of her bedside lamp, its shade muted yellow as the beam.

Finally, I wrote the entirety of "Sarcoline" whilst listening to the song, "Sweeter Than You", by Dr John Cooper Clarke and Hugh Cornwell on repeat.