My short story, "Vulvert", has recently been published in #4 of Confingo Magazine. As usual, I'm blogging a few thoughts as to the writing of the story. There will be some spoilers for those who haven't read it.

A few years ago my partner and I were on holiday in the Lake District. Obviously - both being writers - we talk a lot of nonsense most of the time; mind-warps where our brains just flash shit up and then we speak it. For some reason we spent almost the whole week talking to each other in affected American accents. And at some point during this ridiculousness one of us pronounced the word 'velvet' as 'vulvert'. I remember seizing on it as a cool new word. It held an attraction as a title, but also as a mispronunciation. It sounded like vulva. And vulva and velvet go together hand in hand. Perfect.

When it came to writing the story I decided to include a female protagonist (purportedly) from America who spoke her name that way. I decided to have a male protagonist as a linguist. I discovered that the brain of a shark is very similar in shape to a vagina. I realised that language can be something we hide behind rather than to reveal who we really are. All this from a simple mispronunciation. Here's a bit of it:

I had been flicking through secondhand CDs when I saw her again, the jewel cases click-clacking like high heels on a pavement. She stood opposite, head down, her long black hair parted down the middle with a pale pink strip of skin dividing the two sections of her head similar to the way the medial longitudinal fissure divides the two cerebral hemispheres in the brain. The pink strip had obviously caught the sun, reminding me of another simile: the thin strip of excrement retained within the body of a prawn, albeit with the colours reversed. 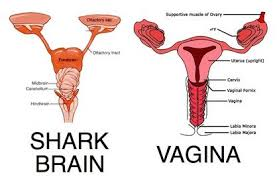 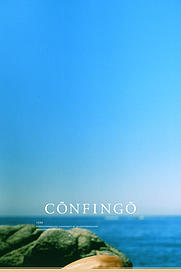