I've just received my contributor's copy of La Femme, an anthology published by NewCon Press, featuring my short story, "Softwood". As usual I'm blogging about the genesis of the story for those who might be interested. There may be spoilers for those who haven't yet read the work.

This is one of those strange instances where a story was written for one anthology and instead appeared in another, both as a result of how the story grew and also because of the direction the publisher decided to take the project. When Ian Whates at NewCon Press suggested I write a story for the noir anthology he was publishing I jumped at the chance. The proviso was that it should feature a strong female character, a femme fatale. As I've been writing a lot of noir at the moment (including, of course, the novel I am perpetually plugging), it seemed an easy write. As it happens my first attempt - or rather, the here's one I made earlier attempt - fell flat, and I had to get my thinking cap on.

"Softwood" was a title I had for a while but didn't know where to take it. Was it a character's name, a place, a state of mind, or a metaphor? I needed something to take it further and this occurred when I became aware of numbers stations. Quite simply, these are radio stations characterised by unusual broadcasts, usually the reading out of numbers by female voices, whose origins and purpose are unclear and with which governments deny any involvement. Immediately I sensed some kind of spy story, with a femme fatale at the centre of it, but the character I began to write didn't tick the fatale boxes - although gradually it appeared her alter ego did...

The story went on to merge these broadcasts with the trace of the supernatural through electronic voice phenomenon, whereby the secrets of Softwood aren't so much the broadcasts themselves but what can be picked up within the broadcasts. Or is this true at all? Had the enforced co-operation of my female character in a pseudo-government session unhinged her to the extent that she couldn't interpret the truth in anything?

I submitted the story to Ian knowing that the piece had diverged from the noir/femme fatale angle and whilst I had one (or was it two?) strong female characters I hadn't really met his requirements. And this is where Ian informed me he'd decided to create two separate anthologies, one titled "Noir" and the other titled "La Femme" and my story would be perfect for the latter book. Result! 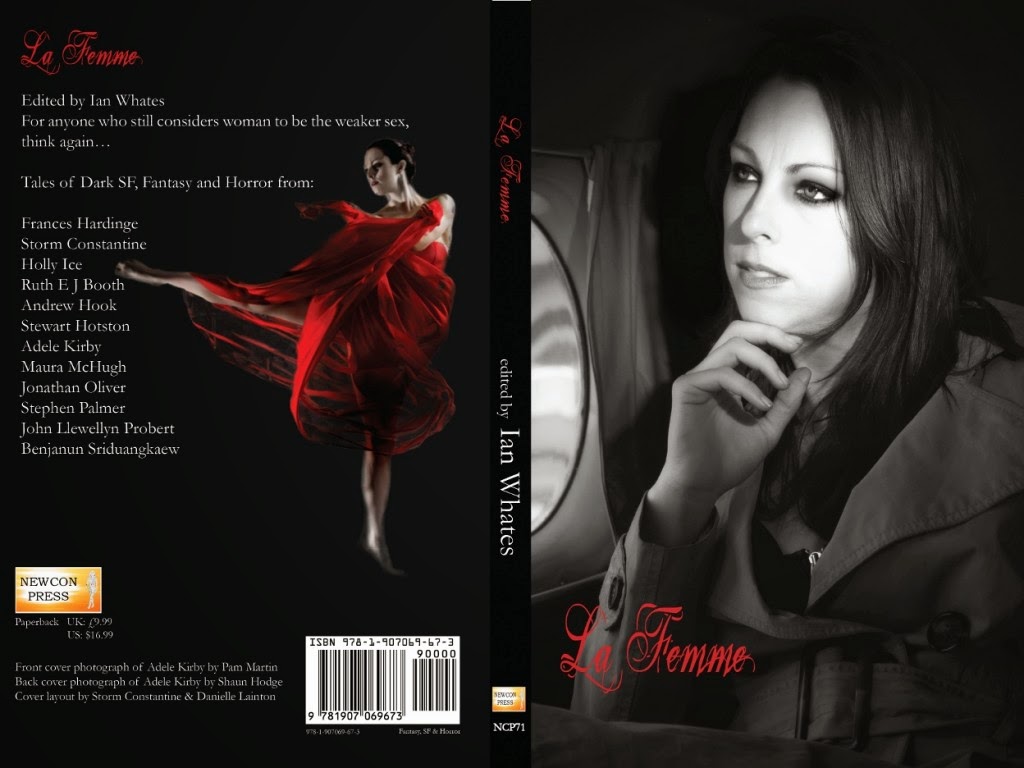