I realised recently that my first published short story, "Pussycat", celebrates its 20th birthday this year. It's a mind-boggling piece of news to get my head around because it (almost) literally feels like yesterday. I certainly can't place where the intervening years have disappeared to, which is frightening and thrilling simultaneously. However, it did make me wonder which were my favourite stories that I've written between my first published story and the most recent that I've sold. With that in mind I've decided to blog a few thoughts on my favourites. If you read this and are interested, then a list of my published works are on my website. But here are my top 7, in order of publication:

1. "Pussycat" (published in the Science of Sadness anthology from Barrington Books, March 1994)

If I recall correctly this wasn't my first actual acceptance, but it was the first to be published. I still enjoy this piece - and its publication made me understand that what I had been writing was 'slipstream'. Publication in "Science of Sadness" made me realise I was part of a new breed of writer working on the interstices between the genres and that I had found not only a home for the piece, but also a home for myself. I'm still particularly pleased how this story segues through it's three strands, once even changing scenes mid-sentence. I'm a post-post modern man. 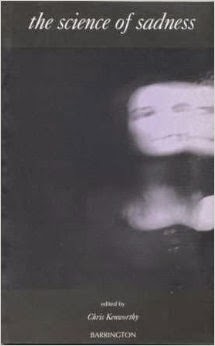 It's interesting that I've chosen a story ten years after my initial publication as my second choice. Hopefully that means I consider I'm getting better as I get older. "Alsiso" was written for an anthology that I edited for Elastic Press (a publishing company I was running at the time) where all the stories were titled Alsiso - the anthology won the British Fantasy Society award for Best Anthology 2004. The genesis behind that idea is a long story, but the crux of the choice here is that my "Alsiso" featured a PI called Mordent with a bubblewrap fetish and was my first crime story. Not only did it spawn several other stories featuring Mordent, but my also recent novel, "The Immortalists", and two follow-up novels (at least one of which, "Church of Wire", will also appear from the same publisher late 2014/2015. 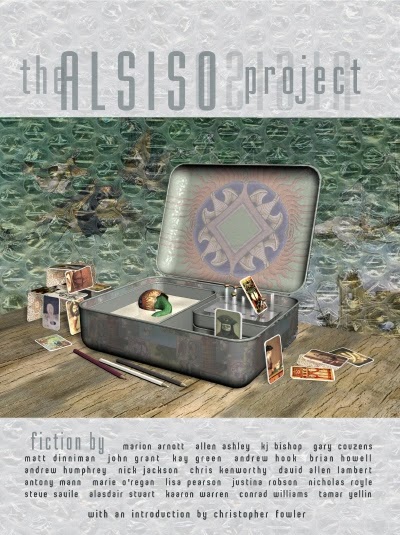 This story could be counted as a "reader's choice" because I've had a lot of feedback from various people citing it as one of their favourites. It's also a story I've chosen to read at various events. It's a simple piece about identity and loss and what makes us who we are. My partner, Sophie, pointed out recently that 'vole' is an anagram of 'love' and knowing this actually adds a hidden depth to the piece I hadn't realised. This story was initially published anonymously in Nemonymous together with a story I had co-written with Allen Ashley. In the history of Nemonymous I'm therefore proud to be the only person with one and a half stories published anonymously in the magazine. The magazine came with a pure white cover.

4. "Beyond Each Blue Horizon" (published in The Book of Voices, Flame Books, March 2005; and also in Never Again, Gray Friar Press, September 2010)

This is one of my favourite stories. One which I believe I 'upped my game'. The denouement of which came solely out of a dream where I opened the curtains of my home to find that the city had disappeared around me. There's a political slant to this piece which is intentional as I wrote it specifically for the Book of Voices anthology which was published to support writers in Sierra Leone. That angle also meant it got republished in Never Again, an anti-fascist, anti-racist anthology. I wrote this about it at the time: ‘The genesis of this story originated in a dream whereby the denouément came to me complete. It was such a striking image that I knew I would have to use it in a story. The opportunity to develop it came with a call for submissions for the Book of Voices anthology (Flame Books, 2005), which was published to support the Sierra Leone PEN organisation—part of the international organisation which promotes literature and human rights. The Sierra Leone PEN was established to reinvigorate the diminished writing community after the civil war and encourage those writers who remained to play an active role in society. I decided to explore the scenario of inaction, whereby absolving responsibility or distancing ourselves from potentially harmful political situations makes us just as culpable and detrimental to the force for good as those who wish to violate us.' And I also liked the title so much I used it for my third collection of short fiction. 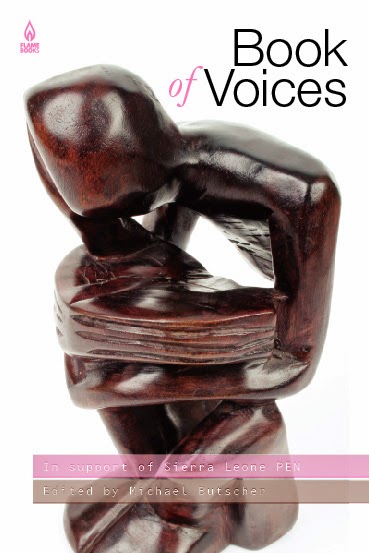 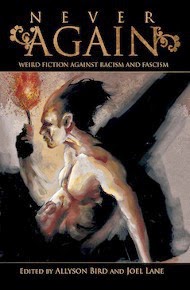 5. "Your Golden Hands" (published in PostScripts, PS Publishing, May 2011)

I love this story. It's a powerful piece about exploitation of one country/world over another and is another favourite for me to read at events - usually reducing my partner to tears by the time it's finished. Some stories have their own internal engine, and this is one of them. It's also one of the first stories I wrote in one sitting, which is typically how I now write all of my short fiction.

Again, this is another personal favourite merging Kafka with a lost detective novel, a missing person, and incorrect maps. I have a fondness for it because some of the story originated from a dream and I was happy that the finished story captured exactly the sensations I was hoping for. I'm also pleased that I sold the story exceptionally quickly, which is always a nice feeling. 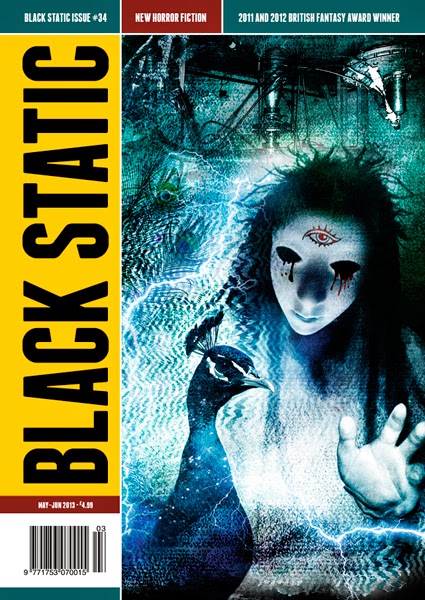 7. "The Last Mohican" (to be published in punkPunk!, DogHorn Publishing, sometime in 2014)

I'm very much a product of the punk era, even if for much of the time I was a little too young to appreciate it fully. I've known for a while I have a punk story inside me, one that encapsulates my feeling of the period mixed with my formative years growing up, and I personally feel that I've written it perfectly in this piece to the extent that I can't read the ending without it having an intense emotional impact. The idea is simple, instead of war heroes displaying their medals on Remembrance Day, why not have punk veterans celebrating the last of their numbers in a world transformed by the movement. Having written this story, and not finding a suitable outlet to place it, the piece also inspired me to suggest editing a punk anthology for DogHorn Publishing, and that book will appear later this year. (I didn't select my own story for the book, but editor Adam Lowe agreed it deserved a place in it).

So that's my top 7. Twenty years after the appearance of "Pussycat" I've now sold my 119th short story, "Flytrap", to Interzone (marking my first appearance in that magazine). It really does feel that I'm currently working at the top of my game. Here's to the next twenty years!
Posted by Andrew Hook at 12:16