Christmas 2012: my partner asked for an extra present, the new Taylor Swift album, "Red". I wasn't keen on the purchase for two simple reasons: I thought Swift was some kind of mediocre pre-packaged popstar and my partner has control of the car CD player. Nevertheless, being the good guy that I am, I bought it for her.

Christmas 2013: I am overjoyed to receive the first Taylor Swift album on CD, the last album to complete my Taylor Swift collection. I also have a Taylor Swift t-shirt and I burst into tears every time I sing along to "Love Story" in the car. 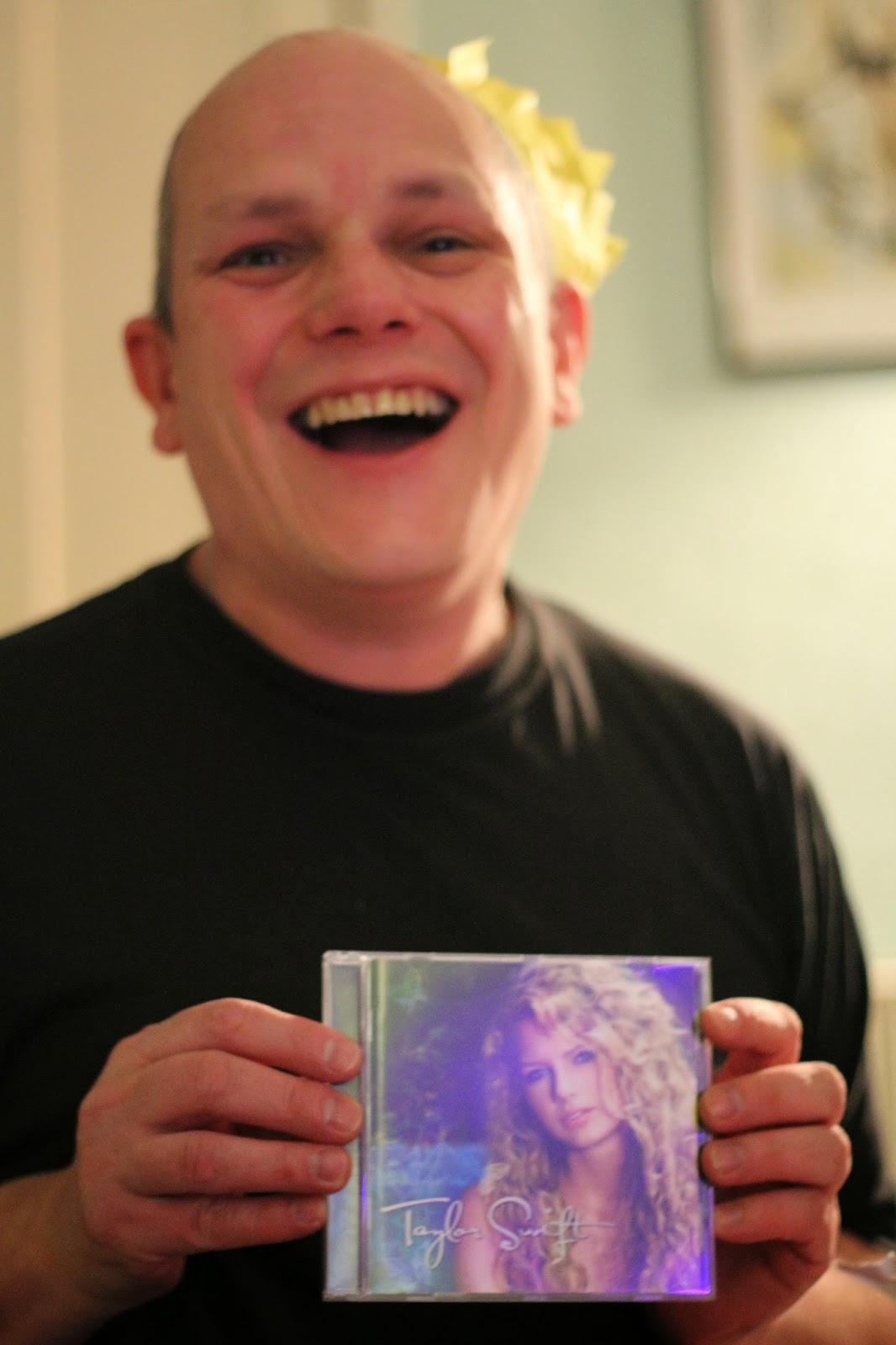 So what happened there?

In a nutshell, Swift is not some mediocre pre-packaged popstar but a solid storyteller and songwriter who understands perfectly how to craft great songs. She's a consummate professional in the best sense of the word. And she is a narrative storyteller, with an understanding of beginnings, middles and ends. Her songs press all the right buttons - and whilst she aims for the emotional kick she does it in an intelligent way; you can't help but react emotionally to the songs whilst at the same time admiring the way she has manipulated you. Let's take the lyrics to "Love Story" as an example.

In the hands of another songwriter, this piece would be dripping with cheese. I hate takes on Romeo/Juliet songs. They can be an easy hit, throwaway,cliché-ridden pap. Taylor takes it to another level. We all know at the end of the Shakespeare play that the couple die, so thematically you're ready for it in the song (even though the names are the only real link to the play). Taylor turns it on its head by building several one-liners to an astonishing emotional crescendo. The forbidden (modern) lovers arrange a tryst to run away. It will lose impact on the page, but look at this (my comments in brackets):

I got tired of waiting
Wondering if you were ever coming around (sets up fear of lost love, even danger)
My faith in you was fading (again, fear of loss)
When I met you on the outskirts of town, and I said

Romeo save me I've been feeling so alone (fear of being alone)
I keep waiting for you but you never come (admonishment, fear of being alone)
Is this in my head? I don't know what to think (fear she has misread the signs, losing love)
He knelt to the ground and pulled out a ring and said (bam! we know what's coming next - restoration of her hope)

Marry me Juliet (bam! Packs emotion)
You'll never have to be alone (bam! Emphasises togetherness)
I love you and that's all I really know (bam! Emphasises love)
I talked to your dad, go pick out a white dress (bam! bam! No longer a secret love, and the white dress emphasises the permanency of his feelings)
It's a love story baby just say yes (bam! The line reiterates the theme of the song, the possibility of eternal happiness, the refutation of her fears, and the hope of a perfect future)

Don't take my word for it. Listen here:

This is just one example of Taylor's ability to write coherent narrative songs. There's no laziness, no doing it by the numbers. You can feel the emotion in her voice (a voice that isn't perfect, by any means, but carries fragility because of that). But she can be cheeky too (the "don'cha?" in "Speak Now" - an aside to a bridegroom that she knows he prefers her to the girl he is marrying - is perfectly pitched; the "there's nothing stopping me going out with all of your best friends" jibe in "Picture To Burn", and the - of course - dismissive "like...ever" from "We Are Never Ever Getting Back Together".)

Narratively, she also doesn't go for straightforward hooks and choruses, with the chorus often subtly altered lyrically each time it comes around. Also, a phrase at the start of a song is sometimes repeated at the end of the song, providing a wraparound coda and again demonstrating her storytelling abilities. Such as the repetition of the 'scarf' in "All Too Well".

Her detractors don't like the way she writes about ex-boyfriends so dismissively, but why not? She exhibits no more misandry than The Stranglers in their day were accused of misogyny (bassist JJ Burnel when asked this question responded: "Yes, I admit it. We're the first band ever to write songs about girls". Maybe Taylor is the first woman ever to sing about boys).

And it doesn't end there. I'm fed up with men being portrayed as sex objects in modern pop music by female singers, as if sex is the only thing that appeals to them. Taylor's approach is fresh, using words that you wouldn't normally find female singers using to describe boys/men ("you're beautiful, every little piece love" from "Stay Beautiful"; "I can't help it if you look like an angel" from "Hey Stephen"; and the songs are mostly love songs (even if unrequited or broken) rather than songs about sex. There's an innocence in the telling, an honesty, and in some respects a romantic expectation which is thoroughly refreshing and grounded. That's something deserving of respect in today's easy to displease culture.

In some respects, Taylor reminds me of Rachel Sweet, the almost-country singer who signed to Stiff Records in the late seventies. Although maybe that's me trying to shoehorn her into something I can acknowledge liking from my past, rather than me admitting that this willowy songstress has inveigled her way into my heart (my partner's glad that Taylor isn't my type!) in the present. 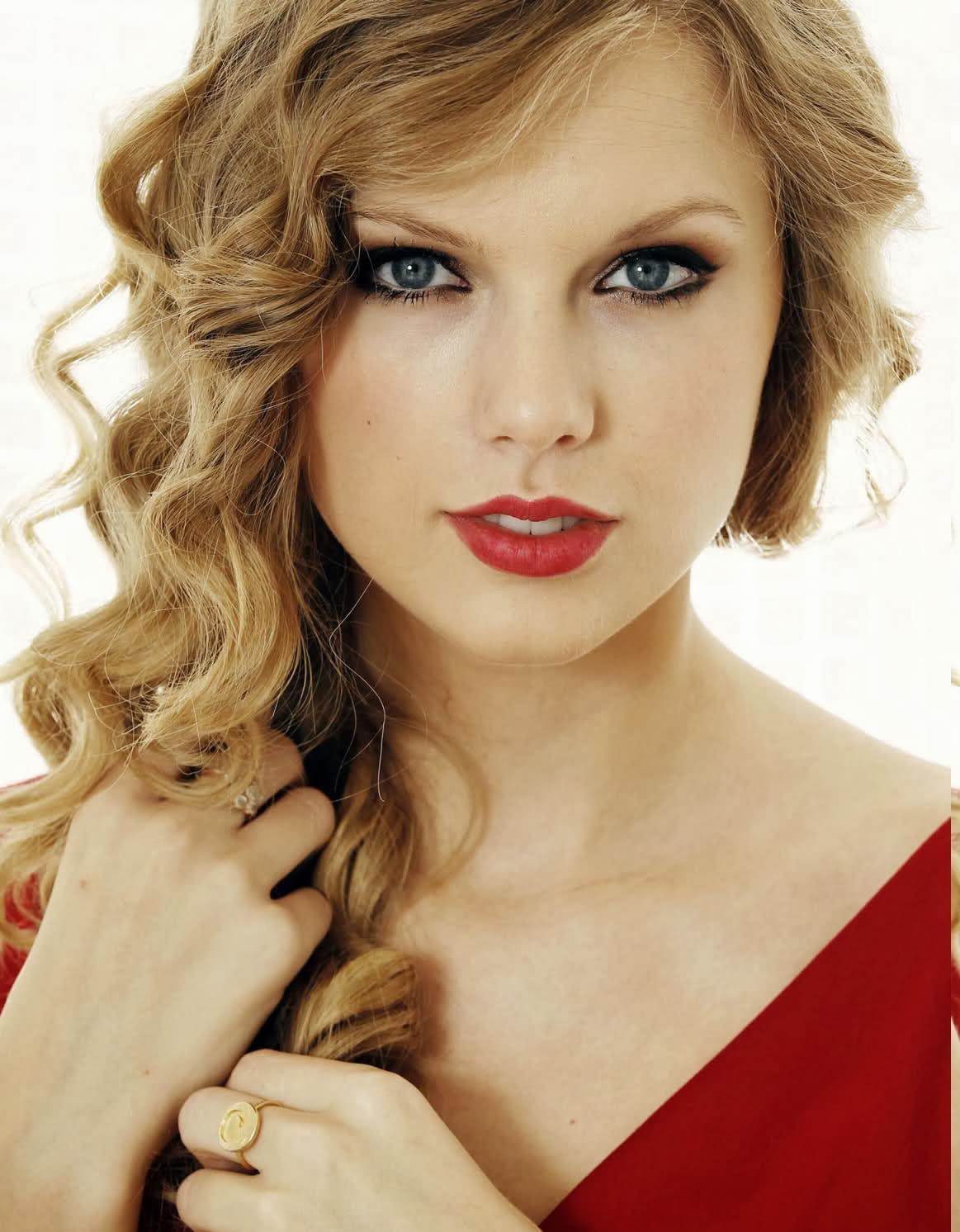