What's in a name?

It's been 14 months since the birth of our baby and the time has flown by. She's eating proper food, she's walking, she's saying the odd word, she's a continual delight, and she's tiring the hell out of us with all of it. But it doesn't seem that long ago that we were considering baby names. We wanted to go with something unusual, but not traumatic, and after discounting Snowlips Bumblebee, Capability Snuggles, Echo Echo, Bill Murray, and Adlebert Esquire, we settled on Cora Vespertine Clara Hook (of course, those other names were meant to be ridiculous, she was always going to be a Cora and the Vespertine just stuck). 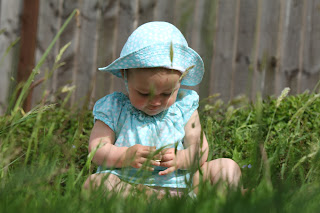 Cora was a name my partner had considered from the start. It's a character in William Faulkner's "As I Lay Dying", and it had always appealed to her. There's no particular affiliation with the character, simply the name.

Vespertine was something that came up as we were throwing around some mad middle names. As well as being the title of a rather good Bjork album we found it also means flowers that bloom in the evening. We liked it because it was evocative, and as coincidence has it Cora was born early evening.

Clara is the name of my partner's grandmother. Self-explanatory that one, really.

Hopefully with this mixture of old and new names she'll grow up to be an independent, fiercely artistic individual. Maybe this is starting now: 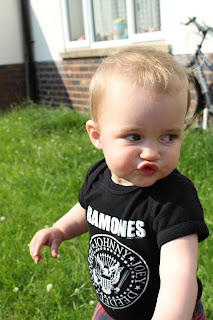 So, we thought, that's going to be a pretty individual name. There won't be many Cora Vespertine's around.

Last weekend my partner happened to google the name (who doesn't do this?). Coincidence City! On a baby name website we were frankly astonished to see this. Just less than three months after the arrival of our Cora Vespertine, there was another one! We have no idea who this person is, but if it's a genuine case of coincidence that has to be utterly amazing. Of course, with the internet as it is, it could simply be appropriation (both annoying and flattering), and I wonder through how many links the name of our child (not found on google, but it would have been on facebook) might have gone through for this to happen. Either way, she's not quite unique any more (although to us, of course, she always will be). More importantly, she was first!

It crosses my mind that inevitably, at some point in the far flung future, if there is still an internet or equivalent, our Cora Vespertine will google her name and end up contacting the other Cora Vespertine. Maybe they'll be friends. In fact, maybe she's doing that now... 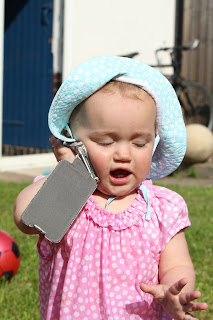