This week - from Tuesday through to Thursday - I'm planning on losing a little weight. I'm going to write this blog over the next three days as I go but will only post it on Friday morning, so if you're reading this you'll know the result before I do (of course, that doesn't quite work, but I like the sound of it).

So, why the weight loss? I'm reasonably fit, I cycle 6 miles a day to and from work, and I currently weigh 12st. But anything over 11 and a half stone always makes me feel uncomfortable - the clothes don't quite fit right, my belly extends like a starving child, and if I'm not careful I have the feeling I might end up like this: 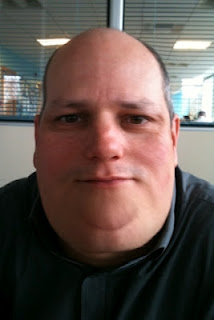 I'm following a diet which I've used before - a handful of times over the past ten years - which could mean I lose 10lb by the end of the three days. It's known as the British Heart Foundation diet, but it's not endorsed by them and its origin seems unknown. There are also warnings on the internet about it, because essentially I'll be having no more than 700 calories a day. However, it works. Or at least, it has worked for me, and even to do it just this week should hopefully bring my weight down to a more comfortable level.

So, here we go. Weigh in Monday night was dead on 12st. Breakfast Tuesday morning:

This is actually more than I usually eat for breakfast. I'd normally have a couple of pieces of toast maybe with jam together with a mouthful or two of milk. So far, so good. Incidentally, I don't often drink tea or coffee. Usually I'll have milk or water. On this diet, I must drink lots and lots of water.

Mid-morning I'm hungry and drinking a lot of water. I usually have a banana at first break at work, but nothing today.

This is so dry to eat! Normally at work I would have a granary bap with meat, cucumber and tomato, a packet of Walkers Crisps, and an apple. Occasionally, I might succumb to a chocolate bar. But it was quite tasty - even though I missed the mayonnaise. Also at afternoon break at work I usually have another banana, but not today.

2 slices roast pork
1 cup of string beans
4oz beetroot
1 small apple
40z vanilla ice cream
Again, this was quite filling. I did have two slices of breaded ham on the menu instead of the pork, but it had turned green and my partner forbade me to eat it (I have a habit of eating gone off food). I steamed the beans and they were ace. The ice cream was also filling - it's rare I have ice cream so it felt like a treat. Later, around ten, I was getting pretty hungry again, but had some water and was fine. 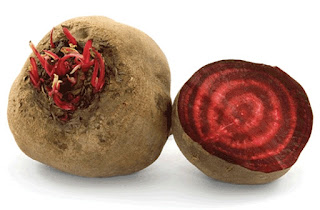 Wasn't particularly hungry when I awoke - no more than usual, in any event. Which seemed quite hopeful. Again, this is more than I would normally have for breakfast, so I enjoyed it. At work I didn't even miss my usual banana at break time.

Must admit this is the lunch I've been dreading. I am no fan of cottage cheese - it looks like the posset my 3 month old daughter has been bringing up. I imagine it tastes the same. Anyway, having eaten it it's surprising how tasty stuff can become when you're quite hungry. Lunch wasn't bad at all - BUT IT WASN'T ENOUGH! Drinking water to compensate.

I steamed the broccoli until it was soft. Not a huge fan of crunchy vegetables and not a huge fan of broccoli unless in a curry, stir-fry, or covered with gravy and mashed potato. Eating it was a bit of a chore, but eat it I did. Felt pretty hungry until I ate the ice-cream which more or less filled me up. And I've been nowhere near as hungry during the day or evening as I thought I would be. Drunk less water in the evening than I did in the day. Feel thinner. 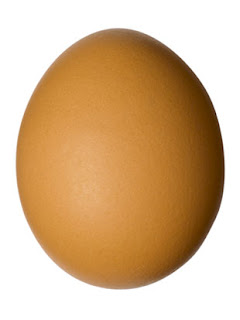 I'm not really getting terribly hungry unless I smell food and I wasn't particularly hungry overnight. Makes me wonder why I've been eating so much. In some respects I'm thinking that eating makes you hungry! Once the diet is finished I'm hoping that I don't put the weight back on. I'll certainly have a think about what I eat and how often during the day. Only annoyance was that I have a boiled egg to look forward to this lunchtime and with three eggs in the fridge this morning I actually weighed them to see which was the biggest - then I dropped the bastard thing and cracked it. Lunch looks even more minimal than on the other days...

Well, there wasn't much there. Ate the egg slowly with the occasional bite of toast inbetween. Yet again - surprisingly - whilst I've got a bit of an ache for food I'm not frothing at the mouth for it. Mid-afternoon my water intake went up to quell some hunger, and I find I'm automatically clenching my stomach muscles regularly. Anyway, just the final meal to go and then nothing til normal breakfast tomorrow before which I'll weigh myself. 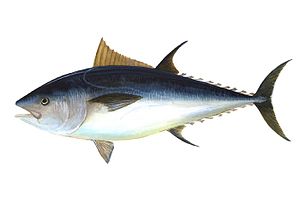 Compared to previous evening meals this was a feast. Again, I steamed the cauliflower until it was soft enough for my taste. I had a Galia melon. And again, the ice cream certainly seems to take the hunger pangs away.

Slept well. Woke at 6 and couldn't get back to sleep (not for excitement, just one of those things). Before my usual breakfast I had the weigh in: 11st 7lbs. I have therefore shed 7lbs, half a stone, in 3 days. Result!

To keep it that way I'm not going to snack much, will cut down on what I take to work (because it's there I will just eat it) and will probably do the same thing again next month. You can do it week in week out, but 11st 7 was my goal and I made it (although apparently 11st is the ideal weight for my height).

So, now, I can hopefully remain like this. To Sophie's approval :) 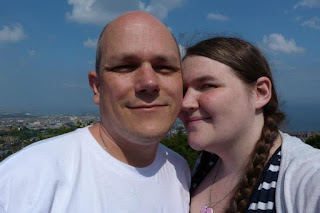