The French film director Jean-Luc Godard has often been a major influence on my writing and way of thinking. I don’t always understand his movies – I don’t necessarily need to understand his movies – and sometimes I fall asleep, but invariably I come away from watching his films with a raging desire to write. As examples: I wrote the short stories “Ennui” after watching “2 ou 3 choses que je sais d'elle”, “Cinemad” after watching “Le Mepris”, and “Unchained Melody” after watching “Bande à part”. All of these have been published; “Ennui” in an anthology titled “Art From Art”, a book that specifically explores the idea of creating art from another piece of art. 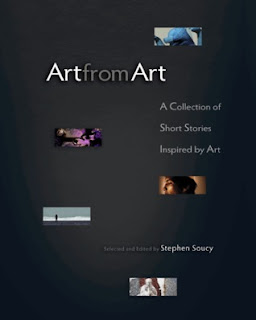 The movie Bande à part has an American title of “Band of Outsiders” and the French title derives from the phrase faire bande à part, which means, "to do something apart from the group”. Doing something different is something I’ve always strived for – not that I have to strive as such because it’s more of a natural process. Even when I’m amongst a comparable ‘band of outsiders’, I still feel an outsider within them. And I think it’s fair to say that my partner, Sophie, feels the same way: to paraphrase Groucho Marx, we find it difficult belonging to a club that would have us as a member. 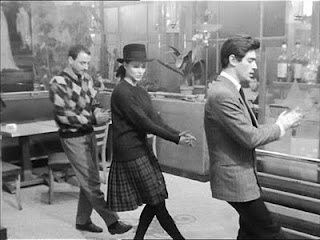 Of course, it’s not only us who are open to outsider influence. A Band Apart Films is a production company founded by Quentin Tarantino and Lawrence Bender, and Tarantino famously showed the impromptu dance sequence from Godard’s  movie to John Travolta and Uma Thurman when directing their dance moves in Pulp Fiction. Tarantino being another outsider intent on worming his way beneath the mainstream. 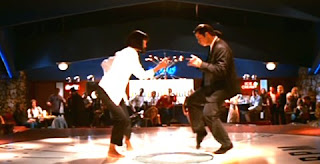 So, what am I rambling about? I guess it’s that sometimes you find yourself wanting to do something creative even though you know the outcome will appeal to a limited audience and yet you are compelled to forge ahead - ignore the mainstream – and do it anyway.

For some while Sophie harboured a desire to run a magazine showcasing the kind of writing that she likes but rarely finds. (Her own writing is in a style of it’s own: in one word she can encapsulate everything she wants to say whereas I would use thirty. For those interested, she maintains a website at: www.sophie-marie.co.uk). What was needed was the impetus to go for it. Then one ordinary Saturday morning we woke and just kicked around names for the magazine. Fur-Lined Ghettos stuck (there is no prize for guessing where it came from, suffice to say you won’t get it right). Once we had the title, it was impossible not to run with it. Within twelve hours we had a website and were reading our first submissions. Five months later and issue one is mailed out today. The point being that I would say we have found a bunch of writers who are also – even if they don’t know it – a band of outsiders. These are Valentina Cano, Angharad Davies, Matt Hemmerich, Ian Hunter, Travis McCullers, David Spicer, Kate Tattersfield, Douglas Thompson, Harry Wilson and Paul Woodward. With cover art from Jordan Pundik (lead singer with pop punk band New Found Glory). Get a copy and see if you agree. 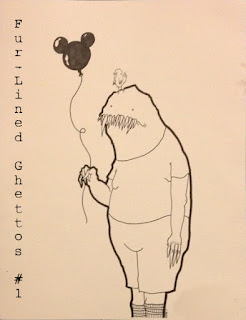 Finally, I’ve been listening to the most recent Art Brut album: “Brilliant! Tragic!”. Art Brut were named after French painter Jean Dubuffet's definition of outsider art - art by prisoners, loners, the mentally ill, and other marginalized people, and made without thought to imitation or presentation. So perhaps appropriately I should end today’s blog with a quote from the song ‘Clever, Clever Jazz’ from that album, because it applies to me, to Sophie, and to the principle underlying Fur-Lined Ghettos:

“We’re working in a genre you don’t understand” 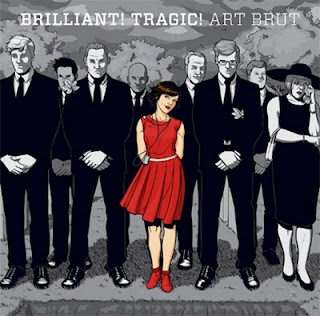