Well, it's that time of the year when everyone is doing their 'best and worst of' lists, so here is mine. I'm going to list the books and movies I read/watched in 2017 and then pick my favourites. This isn't restricted to what was new in 2017, but what I actually watched and read - some of these items might be very old indeed.

That's worked out at 37 books this year, down from last year's 43 which is probably because I find it increasingly hard to stay awake reading at night. There was nothing I loathed this year, although I did find Ballard's "The Drought" very hard going and also the expectations I had with Paul Tembley's "Headful of Ghosts" fell far short of reality. Paul Cain's "Fast One" also didn't earn the merit I'd been told it had. Other than that, there were some good books this year. Special mentions to Philip Roth's "The Human Stain" (my first experience of Roth, and despite a couple of reservations it was a gripping read), Paul Meloy's "The Night Clock" (absurdly, beautifully skewed), Tom Robbins autobiography "Tibetan Peach Pie" (which prompted me to write to the author from which I received a nice personalised reply), Vladimir Nabokov's "Mary" (it's Nabokov: word-love from the opening sentence), Nicholas Royle's "Ornithology" (a collection of short stories almost making the top three), Cameron McCabe's legendary bizarre "The Face on the Cutting-Room Floor", Adam Nevill's "Last Days" (brilliantly written horror), and Chris Beckett's "Dark Eden" (brilliantly written SF).

Before the final reveal I also want to mention three books I proofread this year for Angry Robot. I usually don't include 'work' books in my listing (in some instances it would be unprofessional to do so, and it would bump the number up by another twenty titles), but appearing this year "Under The Pendulum Sun" by Jeannette Ng was an intriguingly plotted theological fantasy, and being published next year are the inventive how-can-this-work-but-it-does "Free Chocolate" by Amber Royar and the enjoyable "The Body Library" by Jeff Noon. All well-worth seeking out.

As usual, I'm going to base my top three from my Goodreads review. This is very straightforward for 2017 as only three books received 5/5 and putting them in order feels quite natural. So, without further ado, here they are: 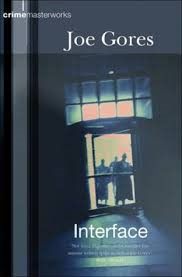 This is a cracking crime novel, about as hard-boiled as they come; superbly paced and brimming with danger. It also includes the best car chase I think I've ever read in a novel - and considering I'm not even a fan of such in movies that's really saying something. Involving, frenetic, and clever, I have no reservations in including this in my top three, especially due to the totally left-of-centre perfect ending.


"The High Window" by Raymond Chandler 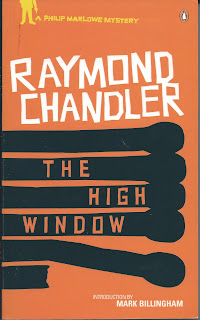 Everything I've read by Chandler borders on the brilliant and this is no exception. So many good lines, so many perfect wisecracks and scintillating descriptions. The plot hangs good, takes a surprise turn but finishes neatly wrapped. I couldn't fault it. 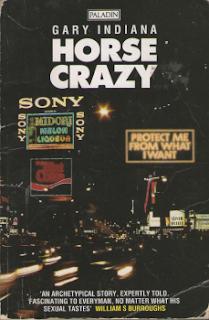 I thought this to be an outstanding dissection of a relationship (in this case, homosexual). In some ways - obliquely - it reminded me of the obsessive love story, "The Tunnel", by Ernesto Sabato which I also adore. And whilst this book is in many respects completely different to that, the resonances meant that I enjoyed it all the more. Packed with anecdotal detail, occasional comedy, and utter frustration from the narrator, this short novel feels painfully real - a perfect example of how love distorts reality, opaquely, in which the madness revealed is just as tantalising as love's absence, of how obsession can wreck even the most logical of us. This is easily the best book I read in 2017.

That's 99 movies this year, a sharp drop from 144 last year, but we've tended to have a more involved social life this year! Of course, it's still a long list to narrow down to my top three, and unlike books I don't have a site equivalent to Goodreads with which to guide my memory.

Those movies which I found annoying or awful are easy to chronicle, and this unfortunately includes the 1965 pulp flick "The Nest of the Cuckoo Birds" which should have remained lost, "The VVitch" (which I really wanted to enjoy but just seemed too silly), "Ex Machina" (so much potential, inadequately realised), "Dunkirk" (just not my kind of film, underwhelming), and - no doubt controversially - "It" (I simply felt it was unsure of it's audience).

This leaves us with some great movies. I thoroughly enjoyed "Youth", directed by Paolo Sorrentino (whose "The Great Beauty" I will never stop raving about), "La Grande Bouffe" (a film about a group of friends who plan to eat themselves to death), "The Royal Tenenbaums" (sheer comic joy from start to finish from Wes Anderson), "In A Lonely Place" (classic film noir), "Les Gouffres" (slipstreamish French film, weirdly disjointed), "Baby Driver" and "Blade Runner 2049" (both of which I saw at the cinema and were thoroughly enjoyable), "On Body And Soul" (a close call not to be in my top three, a Hungarian love story set in a slaughterhouse), "Homo Sapiens" (a documentary film about forgotten or abandoned places, from Fukushima to Bulgaria - no voiceover, but featuring only natural sounds to create beautifully eerie scenes), Cronenberg's "Maps To The Stars" which I now barely remember other than that I enjoyed it, and the Japanese "Antiporno" (which I saw between Christmas and New Year and almost made my top three - visually beautiful, challenging and potentially heartbreaking).

I get the feeling that another day might produce marginally different results, but - today - here are my top three movies I saw for the first time in 2017
Again, in reverse order: 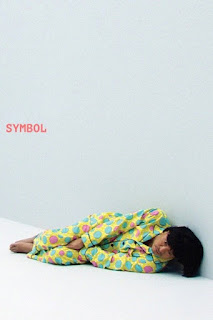 An absolutely bonkers movie where a Japanese man awakes in a glaringly white room and sets off a weird chain of events by depressing the genitals of cherubs in a certain order. Meanwhile, in Mexico, Escargot Man prepares for a wrestling match which he surely can't win. Somehow - through sheer audacity - these storylines converge in an unbelievably audacious ending which must be seen to be believed. Constantly inventive, humorous, and strangely life-affirming, "Symbol" easily makes my top three this year. 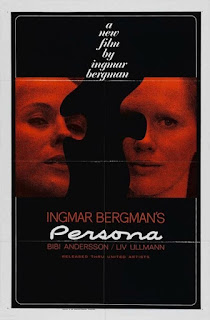 Can't believe I hadn't seen this before as I've enjoyed a lot of Bergman films, but from the start I was held captive by this intense and beautiful psychological drama. The themes of duality, insanity and identity resonate perfectly, and the ambiguity inherent in this enigmatic film is powerful and compelling. 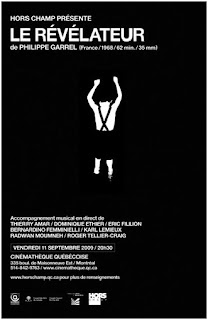 Thanks to my subscription to Mubi I've discovered so many interesting works which otherwise would have been unknown to me. This film by French director Philippe Garrel is one of these. A strangely affecting experimental narrative with some wonderfully beautiful, jaw-dropping scenes. The central 4-yr old child is played incredibly well, appearing much older than their years. The title describes the procedure to develop or 'reveal' film negatives, and this slow - totally silent - movie entrances throughout. If you like this kind of film, it's a masterpiece. The above image doesn't do it justice, so here's another: 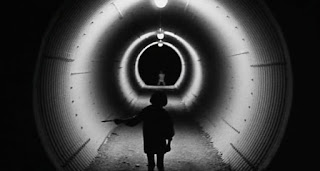 So that's it. Looking forward to reading and watching more in 2018!
Posted by Andrew Hook at 17:00