Well, it's that time of the year when everyone is doing their 'best and worst of' lists, so here is mine. I'm going to list the books and movies I read/watched in 2014 and then pick my favourites. This isn't restricted to what was new in 2014, but what I actually watched and read - some of these items might be very old indeed.

That's worked out at 52 books this year, one a week. Definitely the worst of the bunch was Margaret Miller's "Beast In View" which felt poorly written considering it was a crime masterworks title. I was similarly disenchanted by Neil Gaiman's "American Gods". Simon Bestwick's "The Faceless" deserves a special mention, as does Adam Nevill's "The Ritual" - the first half of which is exemplary for sustained terror. I also thoroughly enjoyed Daphne Du Maurier's "Rebecca".

From memory, I was expecting J G Ballard's "Crash" to make my final three - it was a life-changing book. But I've referred to my Goodreads ratings to supplement my memory and three titles alone got 5/5 from me.

In reverse order, these are my top three:


"Beauty and Sadness" by Yasunari Kawabata 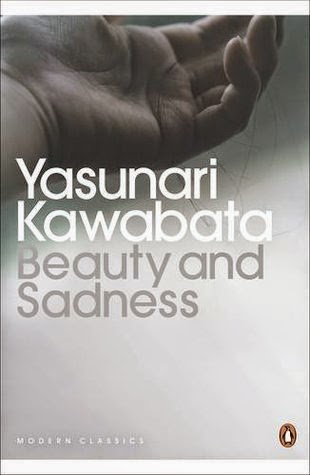 A tentative, sometimes astonishing book, about tremors of memories of a past relationship: beautifully written.

"The Long Good-Bye" by Raymond Chandler 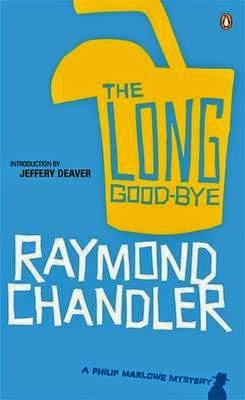 Chandler's prose never disappoints and I'm working through each of his books with sheer joy. I can't fault this novel: perfect hardboiled noir with a killer ending. 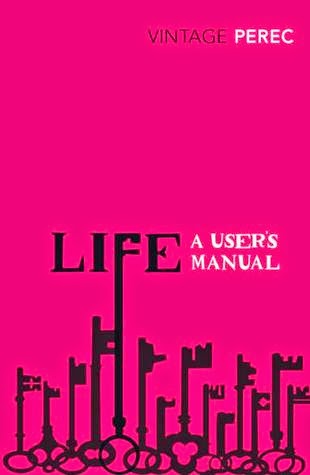 This richly detailed book is quite simply incredible. It's an easy read, full of brilliantly observed stories as well as puzzles, lists, quirks and humour. The ending is sublime. There is so much in this book to recommend it, but words themselves won't do it justice. Just read it.


Interesting to see the impact having a child has on movie watching. In 2012 it was 93 films, last year it was 53, and this year it's 47. She's now two and a half. Hopefully the figures will rise again! In addition to the movies we did manage to watch the first series of Twin Peaks and quite a lot of The Office: An American Workplace (genius!), and a season of Adventure Time.

As usual when picking my top three I'm discounting movies I've previously watched. So that knocks out "Dead Poets Society" which I enjoyed seeing again after 25 years, "Bambi" and "Blue Velvet" which I barely remembered. Biggest disappointment was probably "The Grand Budapest Hotel" which - technically brilliant - just seemed to be Wes-Anderson-by-numbers and emotionally bland. Coming close are Nymphomaniac (thoroughly enjoyed, very thoughtful, less keen on the ending), Love (solo space movie that hits the spot), Possession (kooky 1980's psychological horror or alternate-WTF experience!), Post Tenebras Lux (containing some moments of pure cinematic joy and others of extreme tedium), and Salo (my partner will be annoyed this didn't make my top three as it's one of her favourite films: Pasolini's beautifully shot scatological-infused political satire). 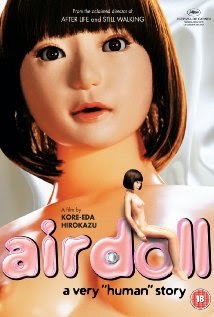 There was something weirdly poetic, Japanese-charming, and ultimately poignant about this movie where a blow-up doll comes to life. One of those movies where within a few minutes you just know you're going to cry at the end, and this was no exception. Delightfully quirky! 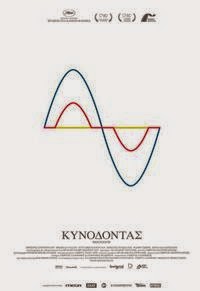 Psychologically bonkers! A family keep their three children ignorant of the outside world and deliberately subvert everyday knowledge. Planes flying overhead are claimed to be toys and toy planes are hidden in the garden to corroborate this. That's just one aspect of this audacious movie. Utterly compelling. 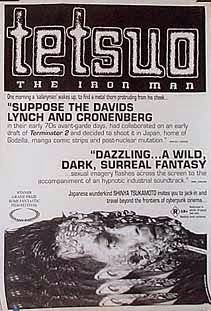 This short movie is quite simply insane. A man is literally transformed into a machine after a car accident with a metal fetishist. It plays like a music video/arcade game with breathtaking intensity. Audacious and surreal I genuinely have never seen anything like it. For that reason alone it has to make the top spot.
Looking forward to reading and watching more in 2015!
Posted by Andrew Hook at 09:20