The Immortalists - promotion and feedback

As regular readers of this blog will know my neo-noir crime novel, "The Immortalists", was published in March by Telos. As well as the publisher ploughing ahead with their own agenda I've also been active in promoting the book (any author has to in this day and age, you can't sit back and watch the royalties flood in whilst thinking that the writing of the book sees the end of your involvement).

So, I thought I'd summarise what I've done so far together with some reader feedback, but also mentioning some difficulties I've been having promoting a book when EVERYONE is promoting a book.

1. Book Signing. I had a signing at the Diss Publishing Bookshop last month which - due to a beautiful summer's day - didn't attract a lot of custom. This was no one's fault. The event was well advertised by both myself and the store and in all fairness we sold copies to those who were passing trade. I've been invited back to do another signing towards Christmas on a date to be fixed.

2. Readings. I've also promoted the book doing open mic readings at our local Café Writers group, and I have a booking for the 2nd September at the Salon in Norwich as part of their noir evening which is a preamble to a full-blown noir weekend. I must admit I've found readings in the past don't lead to immediate sales, but like all promotion hidden sales can accrue after the event. It has been hard promoting a genre novel published by an independent publisher in the Norwich/Norfolk area, probably due to the suffocating blanket of the University of East Anglia creative writing scheme which floods literary events with tutors rather than writers. Perhaps because of this many bookstores/events seem prone to paraphrasing Dr Seuss' "Green Eggs and Ham": 'I do not like that genre lit, I do not like it not one bit'. I was, however, interviewed on local Future Radio which was very enjoyable. 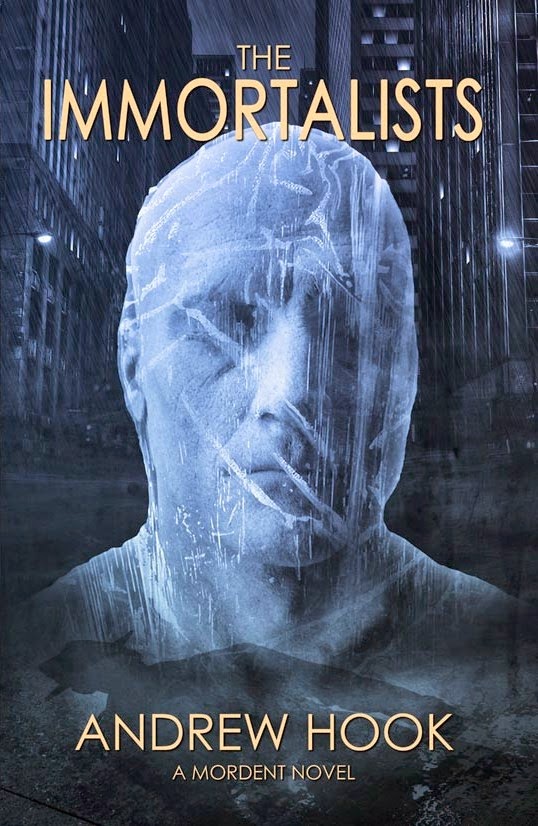 3. Goodreads giveaway. I decided to float one copy as a goodreads giveaway, wondering whether those who applied for the freebie might then consider purchasing it. Over the space of one month 875 people requested it, and of those 367 added it to their shelves to be read. I'm not sure how or if that's since translated into sales but at least those people are now aware of the book, and the lucky winner will hopefully do a review.

4. Reviews. These have been slow coming in. Either reviewers are not reading the book or they're not requesting it. To quote selectively from the best to date: "Hook has got the wisecracking dialogue spot on, with plenty of nods to 50s pulp...interesting modern noir". The chap at Future Radio also described it as a "wonderful novel".

5. Once it has been read, however, I've had some great individual reader feedback. Perhaps the best of these has been from Mary Overton, who not only said that she greatly enjoyed the book, but created a 'reader web' to follow the plot - 'a visual of the reader's progress as I was reading'. Here it is (photo by Matt Beall): 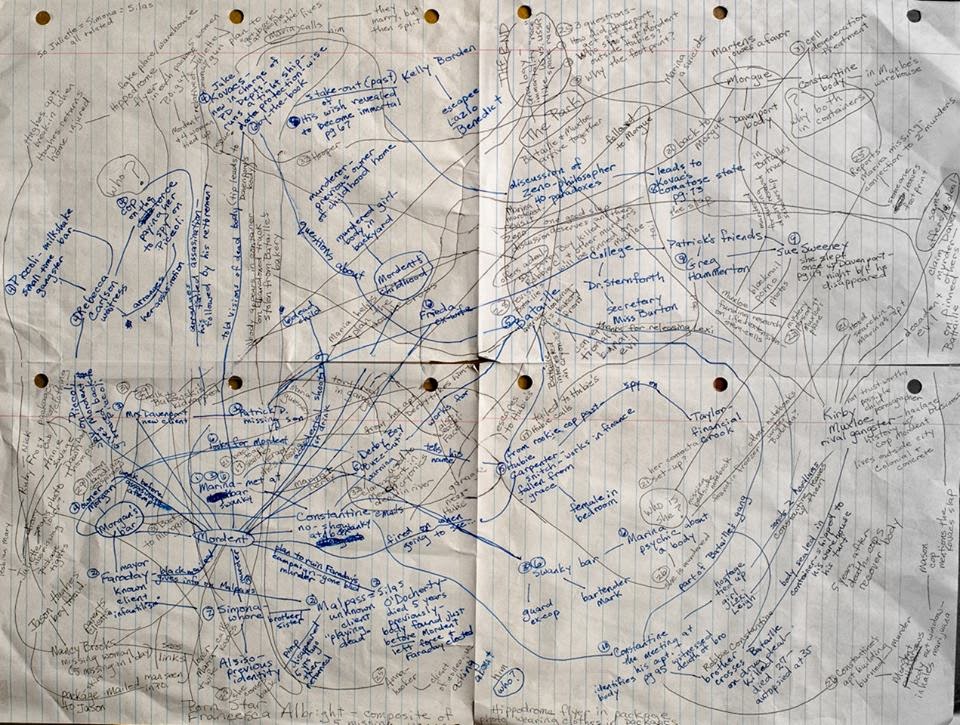 I don't know about you, but I find it fascinating and amazing that someone has gone to this effort. And because of the way I write, it's actually far more detailed than my own novel notes would have been! Being a writer is akin to living in a vacuum and any kind of interaction/feedback is essential for the soul. In this instance, it gave me a big smile.

So there you have it: the trials and tribulations post-publication of promoting a novel. Which I will continue to do via twitter, facebook, readings, signings and anything else I can think of.

I can't leave this blog without suggesting you buy it either as a paperback or e-book. If you do so, please review so I know that I'm loved (or hated). Either will do!
Posted by Andrew Hook at 12:03