I've decided to make available two of my short story collections which have long been out of print as e-books through Kindle. They're only £1.83 (or the equivalent cost overseas), so cheap enough to pick up!

For those unaware, I write strange, slipstream pieces, often focusing on themes of identity, reality and immortality, often coming at these topics from a quirky angle. Elements of SF/F/H infuse the work, but aren't hardwired to the staples of those genres. Think Haruki Murakami, Paul Auster, Graham Joyce - even though I'm also totally different to them.

The first is "The Virtual Menagerie" originally published by Elastic Press in 2002. This is a collection of 19 short stories, some of which were previously published in The Third Alternative, The Dreamzone, Grotesque and Roadworks magazines from 1994 until 2002. There wasn't a large print run for this title - from memory only 200 copies - but it was shortlisted for a British Fantasy Society award in 2003, alongside Stephen King, Ursula le Guin, Clark Ashton Smith, and Ramsey Campbell (who won the award).

Extract from "The In Between Days": He became aware someone was walking alongside him, left of him. He couldn't remember seeing anyone in the shadows, but even without directly looking he knew someone was there now. Despite the small, tremulous, noises of the birds, he could hear his own footsteps, and now the sound was heavier. The person next to him was walking in step; in time with himself. 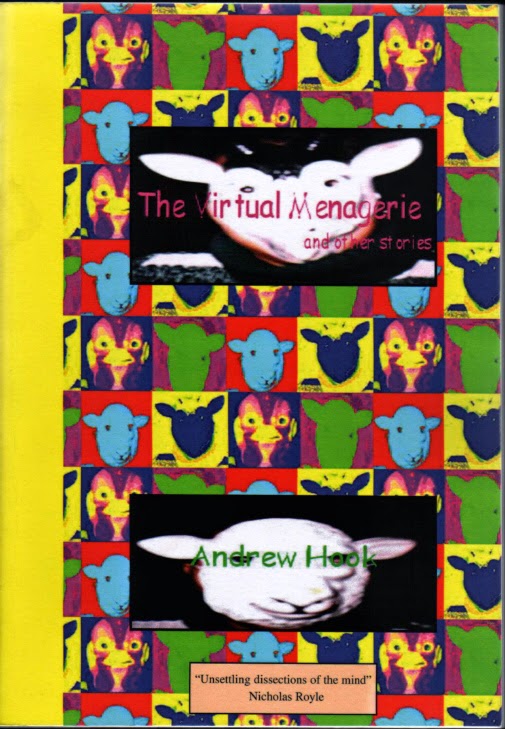 In this collection of 19 surreal stories Andrew Hook rides the slipstream through a series of fantastic yet familiar scenarios which, despite their peculiarities, are often only one step removed from reality. Weaving life into death and death into life he skates the twilight zone of our imaginations. His skewed images are both disturbing and vibrant: a daffodil is inserted into an open wound, a giant beaver rampages through a small town, a boy's coming of age is reflected through schlock horror vignettes, and the planet's Eco-system is downloaded on computer disk.

"A strong collection." Time Out

"The best stories here are among the finest that the independent press has to offer." Pete Tennant, The Third Alternative

Buy it here: Amazon UK or Amazon USA (other Amazons are available!)

The second collection is "Beyond Each Blue Horizon" originally published by Crowswing Books in 2005, with an introduction by Joel Lane. This is a collection of 21 stories, some of which were previously published in Fusing Horizons, Nemonymous, Hidden Corners, and The Book Of Voices. Again, I think this was shortlisted for a BFS award.

Extract from "Pardon Me Boys": Once he had held out his arm and watched it for some fifteen minutes. His hand was clearly recognisable, but the familiarity ended at the wrist, and his forearm appeared unreal and apart. The more he looked at it, the less it belonged. When he was unsure whether it had been neurally dismembered, he got up and shook his arm around. How could he live in a body that was supposedly blood, and arteries, and pulsebeat inside? The mortality of that seemed impossible. 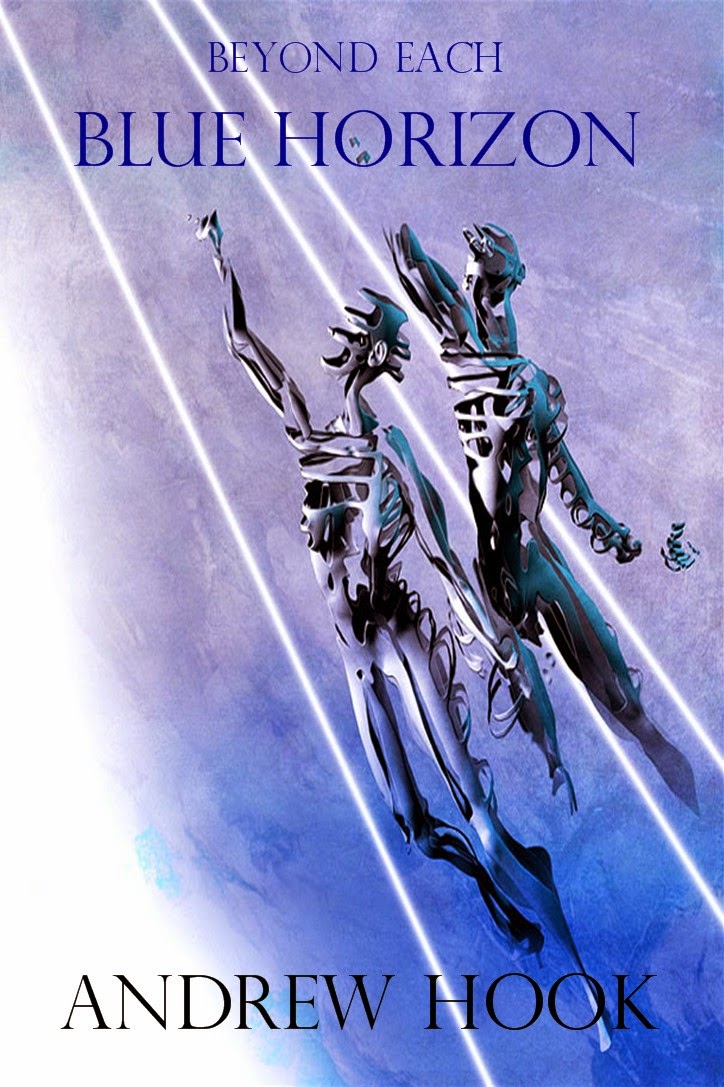 Sample review: "In Beyond Each Blue Horizon, Hook proves himself a master of slipstream. His stories range from the darkly apocalyptic to the hopefully visionary, some brilliant and none less than satisfactory." Dru Pagliassotti, The Harrow

Buy it here: Amazon UK or Amazon USA (other Amazons are available!)

Should you do make a purchase, please consider posting a review either on Amazon or Goodreads. It all helps!
Posted by Andrew Hook at 12:28