Very pleased to announce that my eighth book, "The Immortalists", was published by Telos over the weekend and is now available to buy both as an e-book and in paperback.

This is the first of two novels coming from Telos to feature my irascible PI, Mordent, who so far had only made appearances within a handful of short stories. The second novel, "Church of Wire", will be out either later this year or early next. A third ("People I Know Are Dead") has also been written and will hopefully be placed assuming these first two novels are relatively successful. 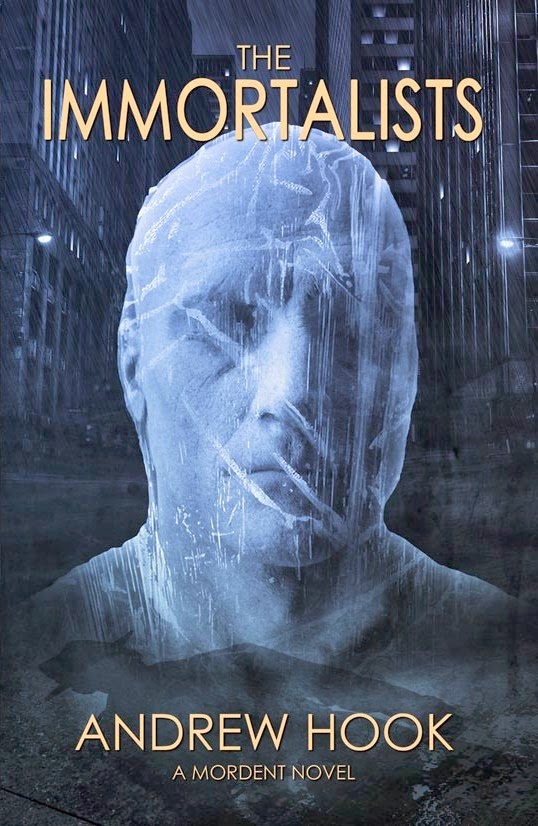 
Is There Life After Death?
Ex-cop, Mordent, is an irascible, anachronistic PI with a noir sensibility and a bubblewrap fetish. Hired to investigate a missing person case he believes the job to be an easy pay-check, but when the kid turns up dead and appears to have aged beyond death, Mordent finds the mystery is only just beginning. When a second body is found similarly aged, Mordent is pulled into rival gang leaders’ quests for immortality, a race where the objective is not to finish. And it becomes personal when Marina, a psychic, disappears after tipping off the police about the second body. Mordent had unfinished business with her.
The Immortalists is the first in a series of exciting crime novels putting a neo-noir twist on the genre conventions of bums and dames, corruption and perversion, and cops and informers; all played out on rain-soaked streets amid a shadow-filled city.
‘An excellent writer and stylist, reminding me of Raymond Chandler, Malcolm Pryce and Jasper Fforde. Suitably creepy and sometimes laugh out loud funny.’ Emlyn Rees, author of 'That Summer He Died'
‘Andrew Hook's fiction is always recognisable, but never predictable. He has that rare, lovely ability: to mess with your expectations while entertaining you at the same time.’ Mat Coward, Dagger and Edgar shortlisted crime writer
The book is available as follows:
Kindle UK
Kindle USA
Barnes and Noble (Nook)
Amazon Paperback UK
Amazon Paperback USA
I'm planning a blog post on the gestation of this novel, but for now I just want to get the information up there. Stay tuned for further blogs!
Posted by Andrew Hook at 14:02