As many of you might know I am editing an anthology of punk-inspired fiction titled "punkPunk!" to be published by DogHorn Publishing next year. The submission period opened on 1st July and runs through to 31st December 2013 so we are approximately half-way through the process. In that time I've had several submissions of interest, some way off the mark, and whilst I'm making no definite confirmed acceptances until nearer the closing date there are several pieces which I'm strongly considering for the anthology.

Whereas I felt the original guidelines were clear I've had a few people seeking clarification, so I'm going to try and pin down what I'm after in this post. It might also be worth you reading a previous blog post I made about The True Meaning Of Punk last year.

I'm looking for stories - in any genre - which capture the essence of punk. Not simply what it meant to be punk in the summer of 1976 when for those of us of a certain age the world seemed to tear itself open and roll at our feet, but also what it continues to mean to be punk. For me, punk embraced freedom, a DIY-ethic which meant anything was possible and it didn't have to look/sound good so long as it was done, and also - personally - was tied in with puberty and an understanding of the world which hitherto had been veiled. Stories don't have to reference particular bands or songs, or even directly reference punk itself, but they should carry forwards that sense of freedom and possibility, of kicking against the pricks, and the joie de vivre of anti-establishmentism.

I'm also not necessarily looking for pro-punk songs. Lost and broken dreams are just as integral as transitory success. What I'm trying to avoid are too many pieces about bands which didn't exist trying for a shot of stardom and falling short. I've had a few of these - and no doubt some will make it into the book - but the anthology needs to be more multi-dimensionary and I am genuinely open to anything. And I'm not after stereotypical punk figures with coloured hair and safety pins through their noses - if you have such a character make them authentic, not filtered through the way punk has subsequently come to be portrayed via the glamour of history. 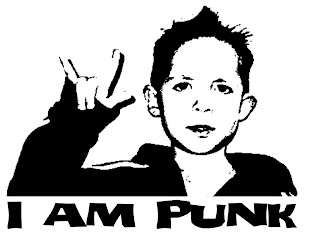 In some sense: if you have to ask what a 'punk' story is then you won't be able to write it. A punk story should come from the heart, be infused with passion. And to further confirm: I'm not restricted to punk in it's pivotal years - the above guidelines are clear that later movements which sprang from punk will also be of interest to me. It's often said that everyone has a novel inside them which is open to debate, but I firmly believe that every punk has a punk story inside them. Let yours out.

Finally, it's best just to get writing with fire in your belly and punk in your heart. Ultimately I won't know what I want until it read it. Make me want it.